An adventure awaits. It’s time to mix things up. Delve into ancient kingdoms, discover treasures, and battle some monsters. Today  indie developer Firestoke announced its upcoming 2D roguelike game, Falling Out, is releasing for PC, Xbox, and PlayStation consoles on October 6th. A press release provides more details about the adventure awaiting players in Falling Out. Furthermore, a gameplay trailer from the summer gives players a closer look at what they can expect from this adventure. 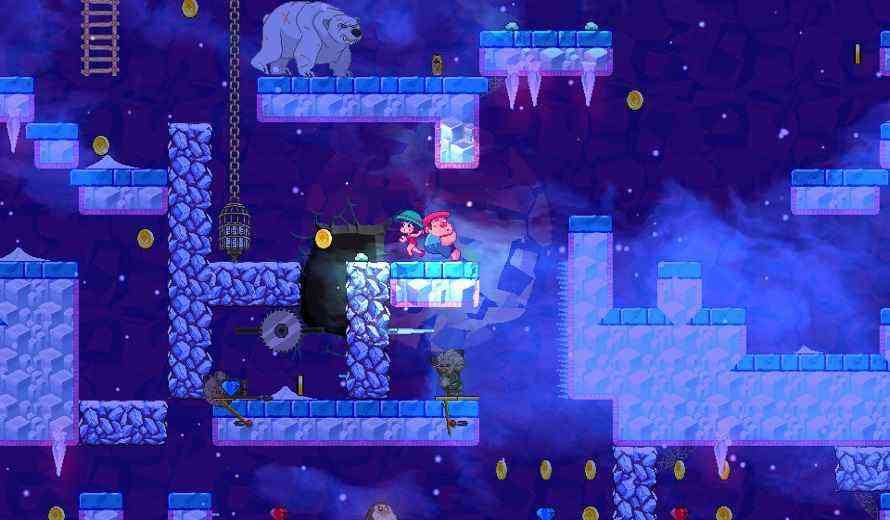 Falling Out places players in the sandals of Giorgio and Felicie. Their ideal vacation has become a more unlikely adventure. Your itinerary has turned into branching paths where you choose what happens. Of course, as a roguelite game players should expect a different experience every run. As they explore procedurally generated worlds, players will learn that no two runs will ever be the same. Either alone or in co-op  players must learn to master both characters individual skillsets to conquer each level.

Sticking to the roguelike mechanics players will gather items, craft weapons, and defeat enemies. However, there is more than just enemies to watch out for. The temples you visit tend to fill up with water. So, if you don’t want to drown, you better move fast.  At the same time, make sure you’re collecting things to make lasting upgrades between runs. Players can check out the gameplay from the trailer released earlier this year.

Falling Out is available now on PC via Steam, as well as, PlayStation and Xbox consoles October 6th. So, are you ready for a whole new adventure?