All the Toughest Baddies In One Place

Prepare to test your limits once again in the crucible that is Dead Cells. Today developer Motion Twin is happy to announce that once again their Metroidvania Rougelike is returning with a new challenger for its player base. Of course, this challenge is the new boss rush mode. The release of this latest update brings a whole new game mode as well as new items, modifiers, and more. A press release provides more details about Dead Cell’s new Boss Rush mode. Additionally, a new developer blog video discusses the update in detail. 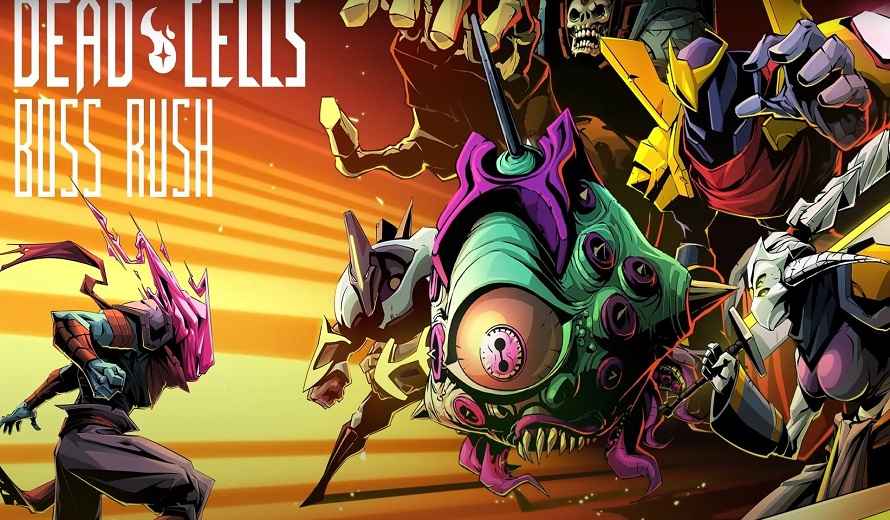 The free Boss Rush update is bringing all of Dead Cell’s biggest bad guys to one place. Players will enter a whole new area where they will face off against 3-5 bosses in succession. Of course, bosses will be randomly selected from three different tiers, with increasing in difficulty from the first to the third. However, there is more than just the bosses to challenge you. Modifiers are being introduced to make your job even harder, headless. For instance, they may give the bosses extra limbs, or even introduce some new little friends that could heal them or just try harder to kill you.

Don’t worry though, boss rush has some goodies for players as well. In addition to the punishment you will endure in Boss Rush, you will receive some equal rewards. A new weapon, skill and mutation all await those brave enough and strong enough to defeat the boss rush. Furthermore, players can expect 6 new skins and a customizable statue.

Dead Cell’s Boss Rush is out today on PC and coming later in October for consoles. So, are you ready to take on some bosses?