It’s always great to see what started as a video game branch into a different medium. Today Titan Comics is thrilled to announce a partnership with System Era Softworks to bring a new project to the world in 2023. Of course, this project is a new graphic series novel titled Astroneer: Countdown. A press release about the novel series provides more details. Additionally, the release also provides insights from the writer of the series Dave Dwonch. 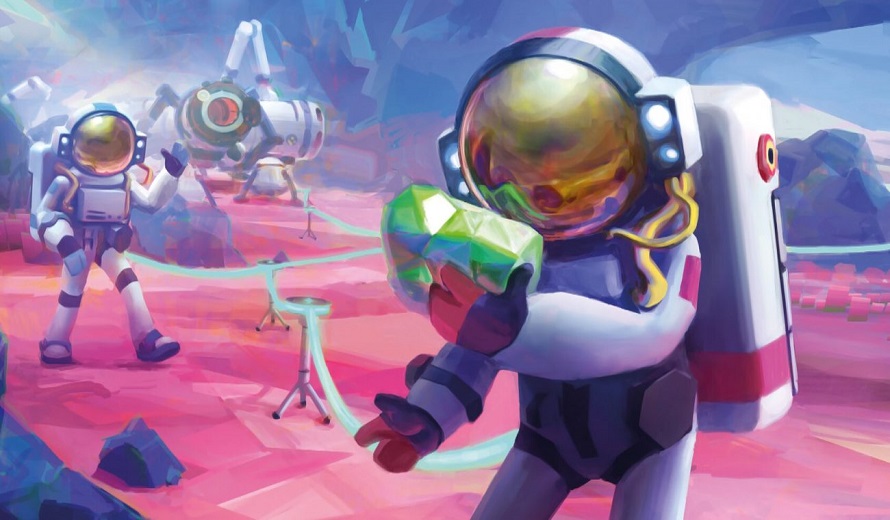 Astroneer: Countdown will be taking place in the same universe as the Astroneer game of System Era Softworks. Following Astroneer Seven as he explores the Boreas System. Of course, his mission begins as a simple quest: a gathering mission for critical resources. However, it starts turning into a crisis of identity. Readers follow as Seven begins unraveling the mysteries of new time-bending space crystals. But will they help? Or will they simply bring more chaos?

“With Astroneer, I aimed to write a story that is truly all-ages,” says writer Dave Dwonch. “Much like the game, we’re inviting everyone to journey into space, explore new worlds and join us on the adventure of a lifetime.”

Astroneer: Countdown Volume 1 is arriving to stores and digital devices in March 2023. Currently, the graphic novel series is available for pre-order on Amazon and Forbidden Planet. Importantly, readers can also look forward to three new short stories set in the Astroneer Universe, that will be a part of Astroneer: Countdown. These shorts are “Out of Bounds,” “Decaf Noir,” and “Have We Met.” So, are you ready to jump back into the Astroneer universe?