World of Warcraft is one of the biggest video games in the world and long held the title of most popular MMORPG. It is a giant in the industry and Blizzard recently announced Dragonflight, the game’s newest and upcoming expansion. Today, the company has confirmed that the expansion will release on 28th November, 2022. Interested players can pre-purchase various editions of the expansion here and get ready to hop into new adventures in the Dragon Isles. 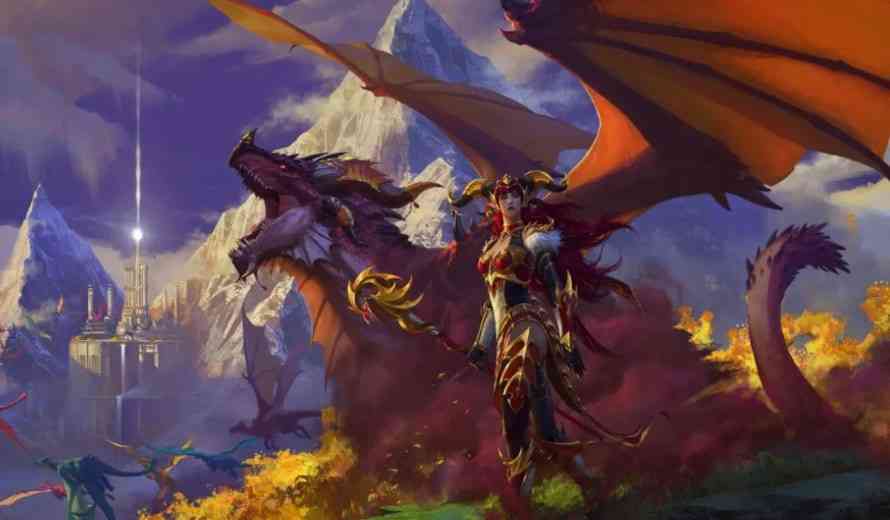 In the upcoming expansion, players must prepare to heed the call of the dragons as their ancient homelands are revealed once more, leading to more adventures and mysteries. In the Dragon Isles, players will have four new zones to explore, each themed around ancient dragon aspects. Furthermore, the developers are introducing the Drachtyr Evoker, the game’s first-ever race and class combination. Moreover, with this class, players will be mobile and possess both damage dealing and healing spells to utilize in combat.

Additionally, Blizzard Entertainment has revamped the game’s talent system after quite some time, which will allow players to make creative and meaningful talent choices at every level. Besides that, players can learn Dragonriding which is a skill based aerial movement that allows them to use their Dragon Isle Drakes as personal mounts. The developers have also added in new dungeons, updated professions, the ability to customize user interfaces and raids. Dragonflight promises a ton of fresh content.