It has come to light that these decisions are put to a community vote on a weekly basis over the course of four months. Between times, The Walking Dead: Last Mile players can customize their avatars and mess around with the mini games. They can also read graphic novels, complete bids that help inform the irreversible choices, and watch new scenes that are related to the story line. 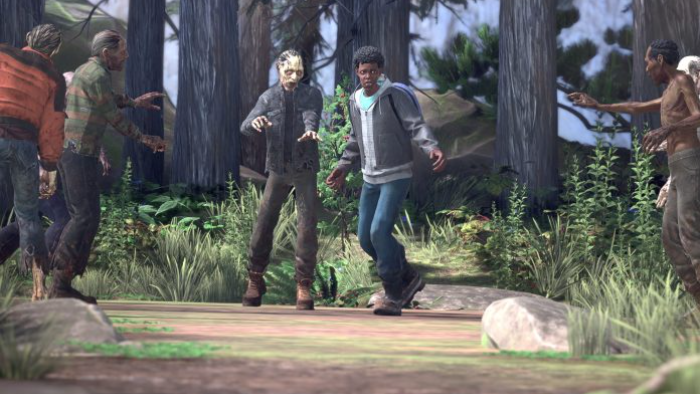 The Walking Dead: Last Mile players ca also revisit previous narrative highlights. Each finalized outcome will be part of the overarching franchise’s canon. At the end of each week, the events of the seven days that passed will be featured in a live stream recap.

Devs bill the game as a massive interactive live event or MILE for short. It is not a household term in the gaming industry just yet. However, the combination of the different forms of media this way shows a lot of promise.

The Walking Dead: Last Mile launched to the gaming public on August 22nd. Since its release, it has enticed many players with its hybrid TV show-meets-video game appeal.

“The idea is that you will be making decisions that affect this story and you can watch if you want or you can participate if you would rather,” said Genvid Technologies CEO Jacob Navok. “You are not forced to choose either—that is what stands The Walking Dead: Last Mile apart from other more conventional video games.”