Q-Games, headed by Dylan Cuthbert, is a video game developer with many years of experience. In the past, the company has released titles such as PixelJunk and are working on The Tomorrow Children: Phoenix Edition. Today, the developers have confirmed the release of PixelJunk Scrappers Deluxe on PC. It will be available on Steam and the Epic Games Store, but the developers are yet to confirm a release date. Interested fans can wishlist the game on Steam here.

The game first launched for Apple Arcade and its Deluxe Edition will improve upon that version in a variety of ways. Players who purchase the PC version can expect various improvements such as new combat methods, weapon drops, level adjustments and score challenges across all stages. In the game’s thirty second announcement trailer, fans are given an insight into the gameplay, graphics and sounds of the game. 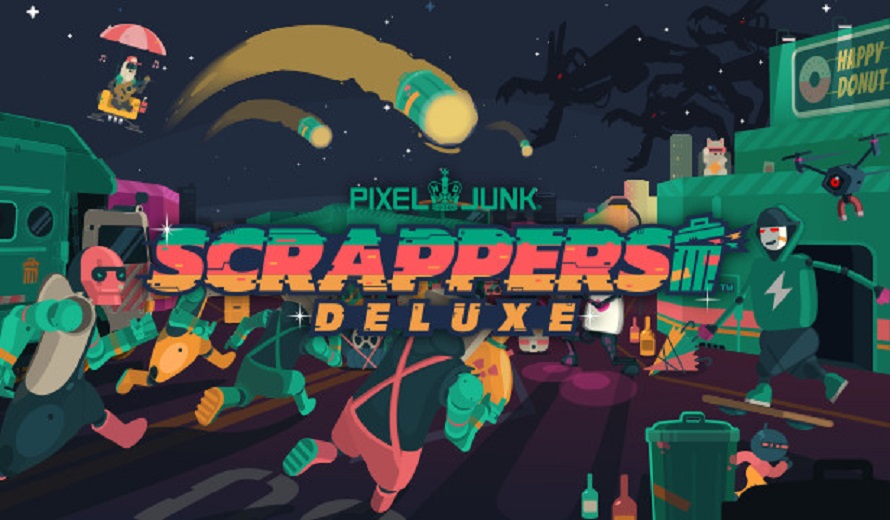 In the game, players must head to Junktown where they will clean garbage and stop anyone who gets in their way! Players, as scrappers, will clean up garbage in teams of four as they collect rewards and gain upgrades along the way. Moreover, the game supports online and local cooperative play as well as features a ton of melee and ranged weapons for players to enjoy. Additionally, players will be able to unlock and customize their scrappers to their liking as they challenge their friends to competitive mini-games and more.

What are your thoughts on PixelJunk Scrappers? Are you interested in its release on PC? Did you try it out on mobile devices since its launch? What do you think about the Deluxe Edition? What upgrades are you looking forward to most? Let us know in the comments below or on Twitter and Facebook.