Aksys Games is a video game publisher that has been involved in the industry since 2006. They have worked on various titles such as Blazblue and the Guilty Gear franchise. This time, the company has teamed with developer Rarebreed Makes Games to release Blazing Strike. Unfortunately, the companies have announced that their fighting game will be delayed into 2023. It is now set to release on PlayStation 4, PlayStation 5, Nintendo Switch and PC via Steam in Spring 2023. 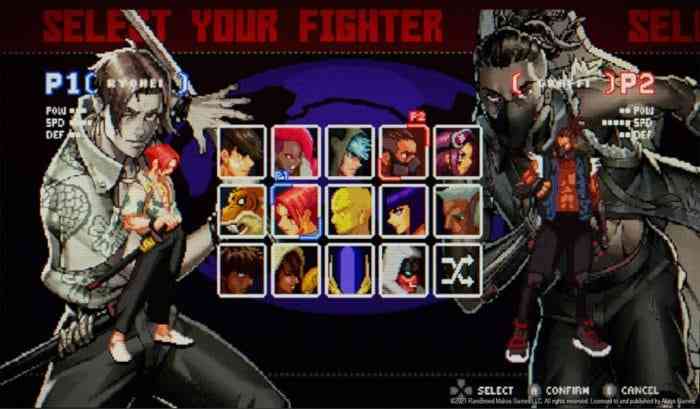 In a release on its official Twitter, Rarebreed Makes Games stated, “It’s gut-wrenching to admit but Blazing Strike’s release date has been moved back to Spring 2023. However this delay will help polish the game to ensure the best game experience possible (maybe with crossplay), so I really hope you guys stick around a little longer.” Therefore, although fans will be disappointed by the delay itself, they may have more content and cross play to look forward to along with a more polished product.

In the game, players will hop into a typical arcade inspired fighting game that uses nostalgic 2D pixel graphics along with modern mechanics and unique systems. The game features a four button system with six attacks along with a Rush Mode. Moreover, players will have access to the Story and Arcade Mode.

Furthermore, in the industry, delays have become a common occurrence. Although the pandemic has waned, its effects were resounding through the gaming industry and delays to video game development is no surprise.

What are your thoughts on Blazing Strike? Are you interested in its release? Did you enjoy the trailer that was revealed thus far? Do you enjoy fighting games? What do you think about the delay until 2023? Let us know in the comments below or on Twitter and Facebook.