Killing Floor 2 will be one of the two title that will be free on the Epic Games Store for next week. Starting today until July 14th, fans can pick up the co-op zombie shooter at no cost.

Tripwire Interactive has not stopped supporting the game with new content. They are consistent in adding new quality maps, balancing, weapons, as well as new features through the years. In fact, they recently launched a new update for the game. 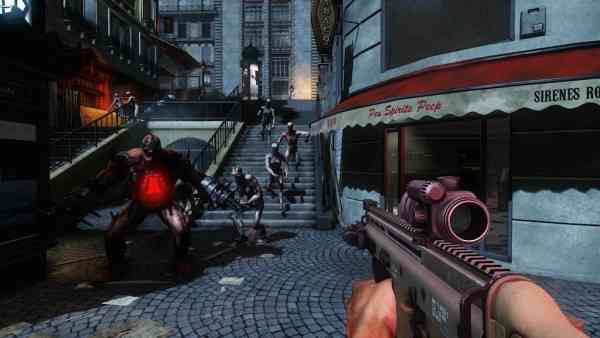 Killing Floor 2 is not a dreadfully complex game. Players will be playing as characters who each have their own weapons and abilities. It also features different enemy types. The enemies come in waves. With that said, the goal of the players is to survive long enough so they complete particular objectives.

Free is a very good price for a game that continues to see plenty of updates and support. With that said, Killing Floor 2 fans are expecting devs to roll out even more content towards the end of the year.

The game has had a lot of positive reviews. This may or may not changed. After all, the game has been in the market for about six years now. During all that time, devs have not stopped in giving it new content.

Unfortunately, the Killing Floor 2 freebie on the Epic Store does not come with the paid DLC. The good news, however, is that is has received plenty of free updates along the way. This gives players at least a few nights’ worth of top quality monster-killing fun.

It would seem that Epic’s decision to offer free titles to get the gaming public to create Epic Games Store accounts is most definitely working. This is especially the case when the freebies they are serving up are as good as Killing Floor 2.

Are you already playing the game? Let us know in the comments below.