Red is a Christmas color, right? Well, in Killing Floor 2, it’s a color for every season. Still, it’s a festive time and even this zombie-killing game is getting into the spirit of Christmas. Or rather, it’s blasting the spirit of Christmas into anything that moves. Killing Floor 2: Christmas Crackdown is live now and has a bunch of new skins and weapons for players to use against the hordes of the undead. And just like all gifts this time of year, it’s free! I mean, someone paid to make it and get it into your hands, but it’s free! 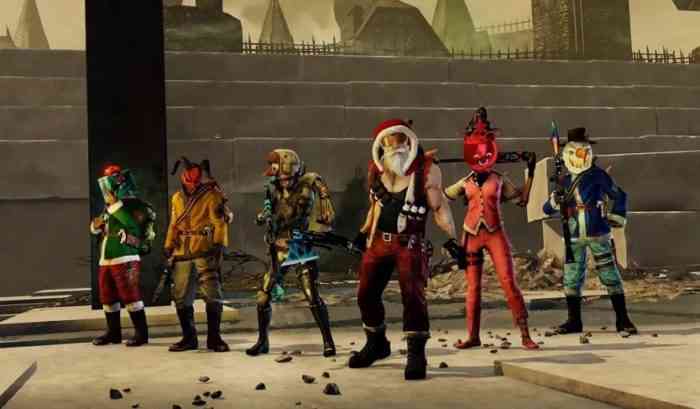 Let’s peel back the gift wrapping and check out what players get. Firstly, there’s the Frost Shotgun Axe, which is an apt name. It’s a shotgun that can freeze enemies with an axe bayonet for chopping down trees, but there are no trees around, so you chop down zombies. There is also the HRG Vampire, which is obviously a variant of an HRG weapon. This one appears to fire icicles. The map in the trailer is called Elysium and will host a bunch of different game modes, such as an endless horde mode.

The character cosmetics are also festive. Gary Busey’s Santa costume returns from when it was featured in 2018’s holiday event. There are also other costumes like a Christmas tree ornament-head, a demon-snowman, a Christmas present-head, and others. The enemies have dressed up as well. Some are covered in candy, others are undead reindeer and elves, and players will even be facing off against an armored Mecha-Santa. Killing Floor 2 is available on PC, Xbox One, and PS4.

Do you still play Killing Floor 2? Let us know in the comments below.

Evil Dead: The Game Announces Both Paid and Free Content