People say that they want a really good pirate game, right? What they really want is a chance to hit the high seas. For all your water-travel and more, there is Kayak VR: Mirage. It is exactly what is sounds like; a VR game with kayaks.

It might sound like a pretty basic premise, but the detail and unique controls make Kayak VR: Mirage something worth trying out. Better Than Life Immersion Studio is giving players an opportunity to visit places they normally cannot go to through the power of virtual reality. 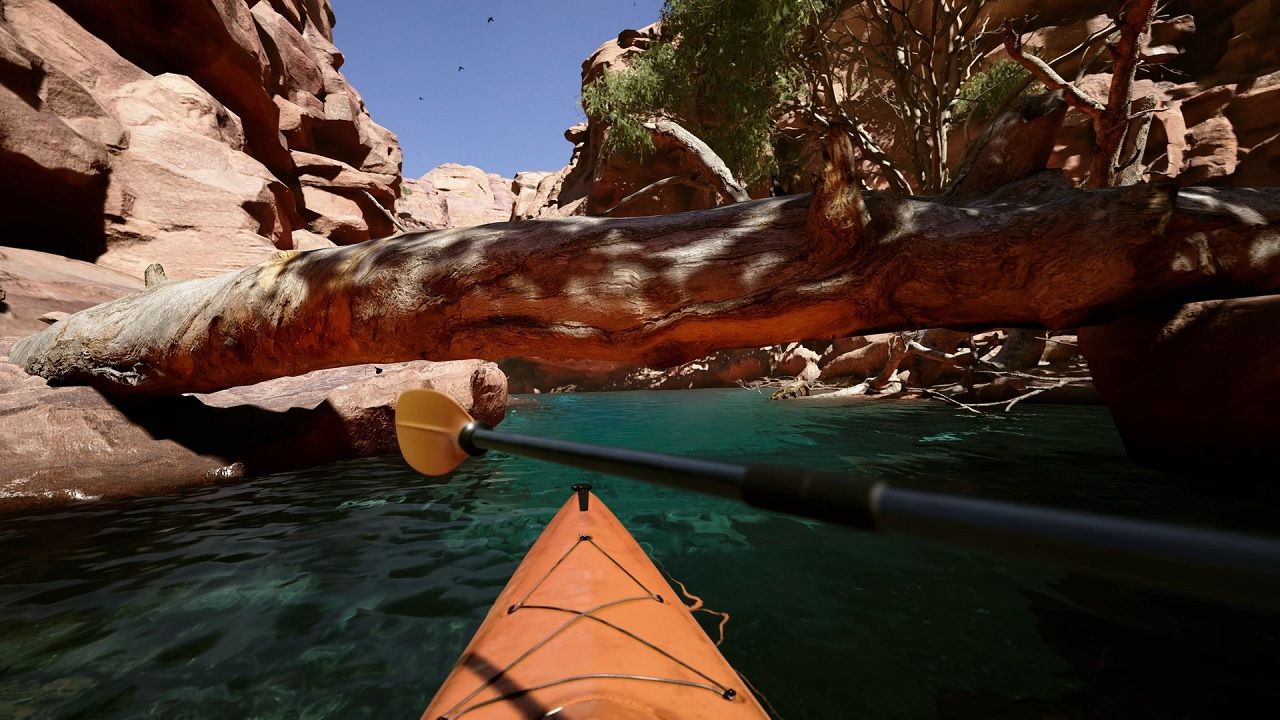 The trailer shows different locations, such as arctic oceans, valleys, tropical shores, and open seas. There are plenty of interesting things to see in those areas as well. You can see icebergs break apart, animals running around, birds flying overhead, and other aquatic life in the water below.

Steering the kayak appears to use fairly realistic movements. You can speed up your kayak by rowing faster. There are also races and time trials, which you can compete against friends in. You can differentiate your racer by adding a cheeky hat, like a crown or an Asian conical hat.

Kayak VR: Mirage is out now Valve Index, Vive, Meta, and Window VR. If you buy it before July 25th, you can also save 15%. The development team also has a roadmap of upcoming features you can check out.

Does Kayak VR: Mirage look like an interesting game to you? Let us know in the comments below.