Xbox Game Pass has finally confirmed both FIFA 22 and Far Cry 5 are coming to service later this month. 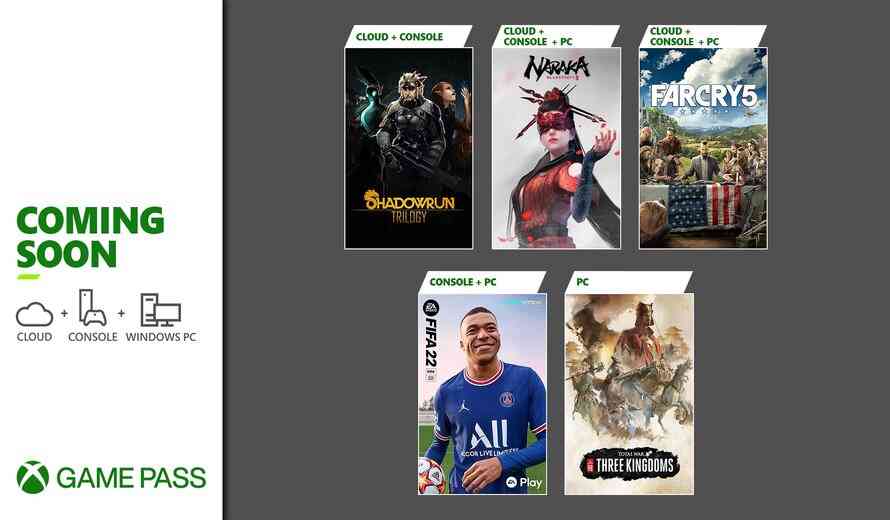 The release dates of the aforementioned games vary and are spread out across the next two weeks. Both Shadowrun Trilogy and Total War: Three Kingdoms are available on their allocated devices starting today. On the other hand, FIFA 22 and Naraka: Bladepoint are coming on June 23. Finally, Far Cry 5 is coming to the service on July 1.

So far, Xbox Game Pass has had a fantastic month. Assasin’s Creed Origins came to the subscription service along with a new 60fps update just a couple of days ago on June 7. Alongside AC Origins, Game Pass also brought For Honor: Marching Fire Edition, Ninja Gaiden: Master Collection, Chorus, Disc Room, and Spacelines from the Far Out, all within the past 2 weeks.

It is worth noting that PC players who haven’t subscribed to Game Pass before but would like to try it, Xbox is now offering 3 months of Game Pass for only $1. PC Game Pass includes all day one releases from Xbox as well as EA Play at no additional cost. The offer is valid only until June 30.