Last week, we saw the return of the hit Netflix show Stranger Things. The fourth season premiered with some rather jarring revelations. Naturally, when something as big as this happens, Xbox has to make a custom console for it. There will be a few opportunities for fans to win a Stranger Things-themed Xbox Series S.

If you have been on Twitter in the past week, you have probably seen a few Stranger Things promotional installations. They appear as portals to the Upside Down, but they kind of look like… something else. Thankfully, they went with a different design choice for these consoles. 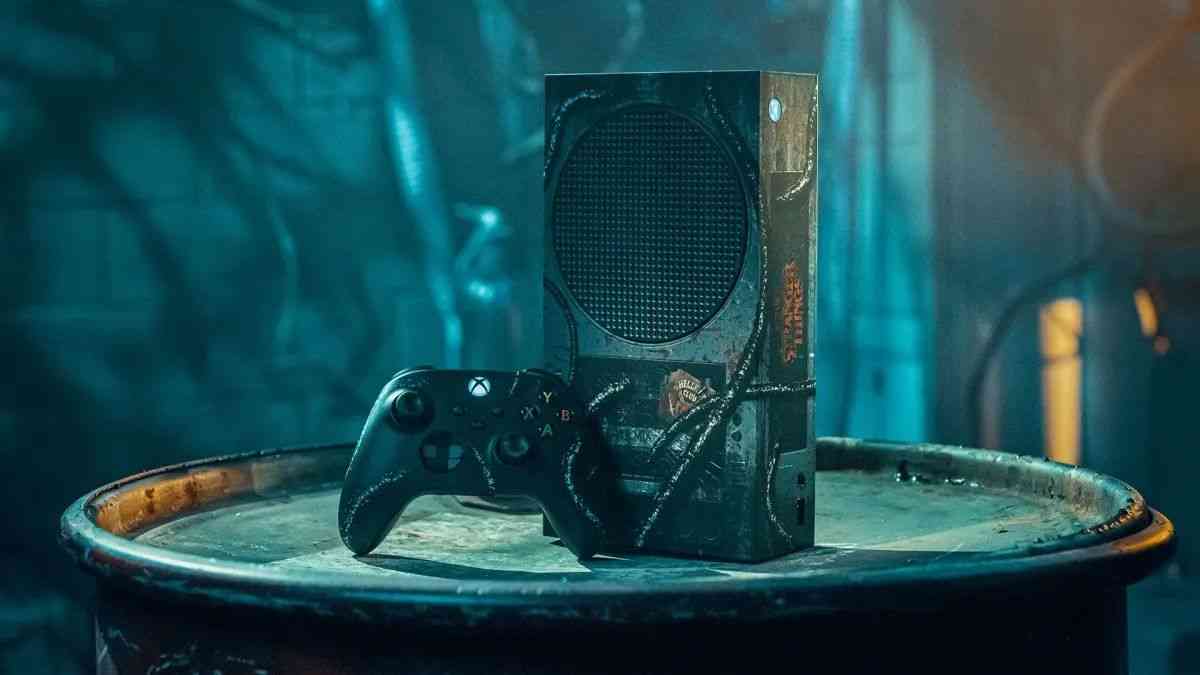 The custom Xbox Series S looks like a cassette player. *A cassette is a physical recording of audio. It also appears to have been found in the Upside Down. It is covered in tentacles, slime, tendrils, and other things of the gooey nature. The accompanying controller shares the same design.

Since it is from the Upside Down, it is contaminated and dangerous. Those who receive one of these consoles will get a hazmat container to transport it in. Do you think that the Upside Down has more stock of Xbox consoles than they do here?

There was a Stranger Things event in Los Angeles last week, where participants could win one of these consoles. Fortunately, for players around the world, there will be other chances to win one. However, it is unclear how and when they will have the opportunity. Your best bet for that information is to follow Xbox on Twitter and keep your eyes peeled.

Would you like to get your hands on one of these Upside Down consoles? Let us know in the comments below.