Console players, it’s time for you to descend into the Amazon. Today Creepy Jar is happy to announce that the first two chapters of their survival sim, Green Hell’s, prequal story are now available on Xbox and PlayStation consoles. The prequal, Spirits of Amazonian, arrives on consoles for free and brings the story of Jake Higgins to life. A press release provides info on the console version of this story. Additionally, a console update trailer lets players see exactly what’s in store for them. 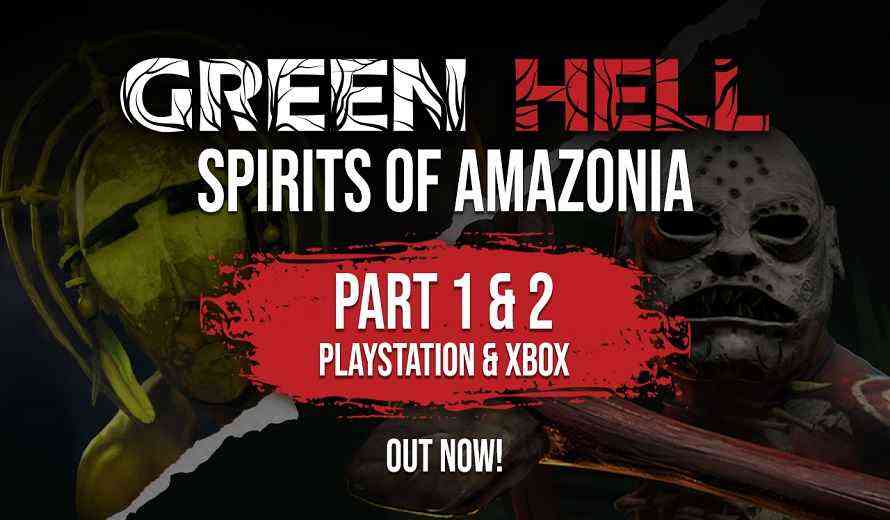 Green Hell brings players to the deepest, darkest, regions of the Amazon Rainforest. Players step into the shoes of Jake Higgins who was left clinging for his life in an uncharted jungle. Of course, he will need to use everything at his disposal to survive the environment and the shadows of his mind.

Now console players can follow Jake’s story as he befriends an Amazonian tribe. The console editions of the story also arrive with new features. A new and improved part 2 of the journey introduces new legendary quests, fully revised map areas, new enemies, hard mode, and more. Additionally, players can tackle the game with up to 3 other players in four player co-op. Prepare to face off against all of the threats of the jungle like never before.

Digimon Survive’s Latest Trailer Shows Off A Vast And Mysterious World
Next
The Cycle: Frontier Kicks Off Pre-Season This June
Previous
Call of Duty Players to “Run” In-Game Charity $1-Million to Veterans