The Game in the Game

It’s time to delve into the world of a video game, inside of a video game. Today, BitNine Studio and WhisperGames are happy to announce the release of their comedic, retro game trope-joking adventure, Terrorbane, out now on Nintendo Switch and Steam. Players become well play-testers, but more importantly, they become the mighty Terrorbane inside of a delusional developer’s JRPG. 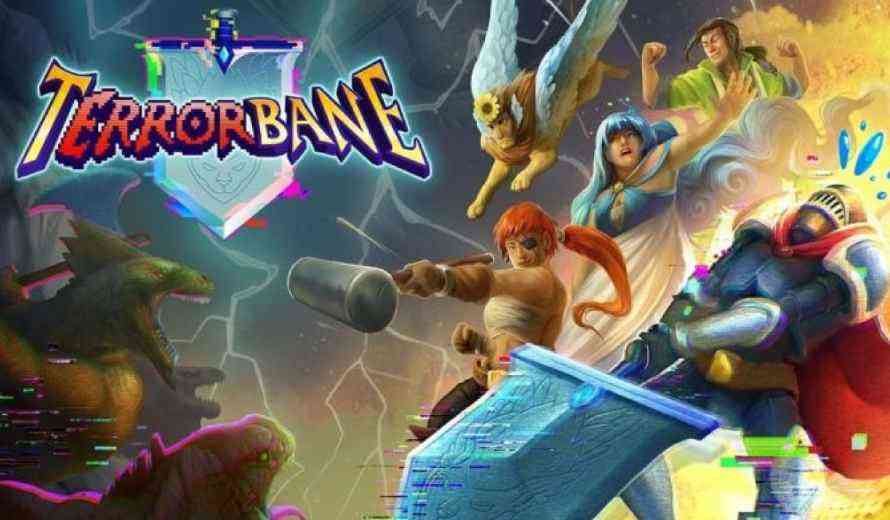 Terrorbane let’s players be the play-tester for a new JRPG. The developer of the game is convincing himself that it is the greatest game of all time. However, once players actually start testing the game they find out this is not the case. The developer’s sloppy game design has let bugs of all kinds run rampant. The player will discover and keep track of all of these bugs with your handy bug list. Of course, you will use these bugs to your advantage, exploiting every bug, as you make your way through the game. Yet, your playthrough will be monitored by the developer who is going to be providing you with some comical commentary along the way.

Terrorbane plays off the tropes of classic video games. For instance, games like Final Fantasy and Zelda are sure to rear their heads through one trope or another. However, players will see other classic tropes that Terrorbane explores. Using encounters like those in Undertale, Table Top Card Battlers, and Pokémon Red and Blue.

“We’re really excited to finally bring tERRORbane to all of its players,” Says BitNine Co-Founder and Story Writer, Andrea Leoni, in a press release. “tERRORbane truly is a labor of passion and we urge you to never believe the Developer when he tells you what to do or how you should do it.”

Terrorbane is out now on Nintendo Switch and Steam. Currently the game is $18.49 with a 10% launch discount.