Rocket League fans have a reason to rejoice. Its free-for-all Knockout Bash mode is live now. Players can experience the game’s battle royale mode until May 10th.

The mode can include up to eight players in a destruction derby. Devs set each of these regions in new arenas that they specifically designed for vehicular combat. This type of event mode is completely different from what Rocket League fans may have gotten used to through the years. 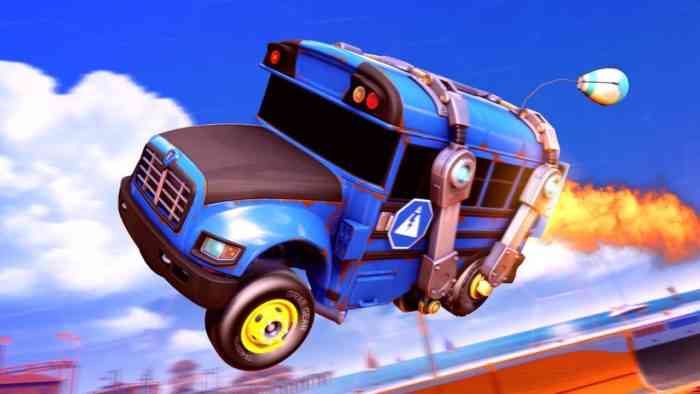 It has a new set of attack, block, and grab mechanics that give players the opportunity to shunt each other around. The attack and block features are connected to the vehicles’ front and back flips respectively. Rocket League fans will immediately get the hang of these new controls. Plus, the arenas are relatively small. With that said, players can expect that there will be more action than chasing each other around.

The boost feature recharges whenever the wheels are on the ground. However, any attack will send the target the flying and stun their controls for a period of time. This suggests that there will be a lot of rocket-boosting back to safety whenever players are hit by an enemy attack.

Each Rocket League player gets three lives. Moreover, each of the arenas contain hazards that could equate to a KO. The safe zone that surrounds the arena will shrink gradually as well. Players can spend up to 10 seconds outside the zone. Any more than that will most likely send them to their demise.

The matches then kick into sudden death after six minutes. Every single attack or throw gets a boost to its max level. Plus, anyone who leaves the game’s safe zone will immediately meet their death.

Fans are relatively surprised at how well devs fitted these features around the game’s core mechanics. They added minor tweaks to player movement that make arena navigation and dodging much easier.

MMORPG New World Unveils Its Roadmap Heading Into 2023
Next
Teamfight Tactics: Dragonlands Will Be on PBE on May 24th
Previous
Overwatch 2 Beta Had Bugs That Made Mercy the Worst Healer Ever