More and More Orcs Of Course

Ready your defenses. Prepare you traps. These Orcs must die. Today Robot Entertainment’s action tower-defense game Orcs Must Die 3 welcomes its newest DLC, Tipping the Scales, on many platforms. The DLC adds more of everything and brings a lot of new features to the game. In addition to the release of the DLC a new trailer gives players a look at what they can expect from Tipping the Scales. 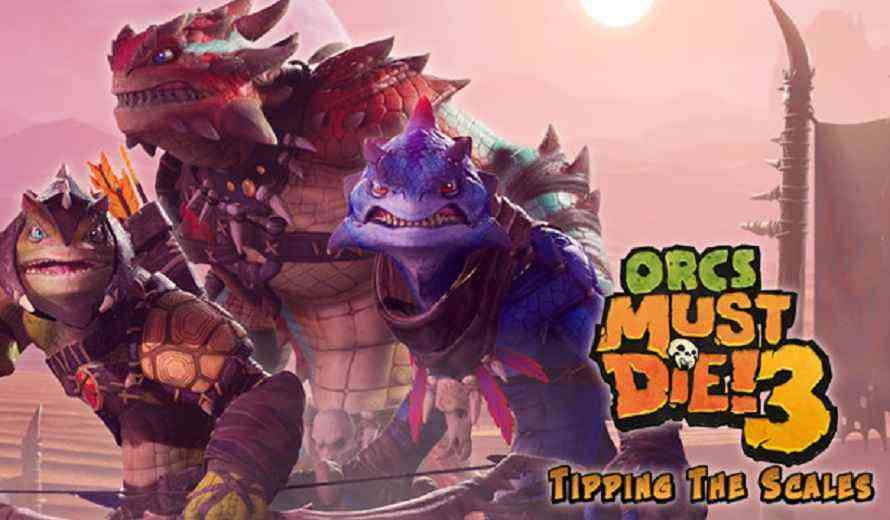 Orcs Must Die 3 places players in control of the defense of a fortress besieged by massive numbers of orcs. Players arm themselves with an arsenal of weapons, traps, and war machines and aim to hold off the hordes. This third installment of the game provides players with even more orc killing features, game modes, and weapons. However, there are also more orcs.

The Tipping the Scales DLC is adding even more to the game. For instance, five new scenarios including a war-scenario, a new race with four enemy types, four endless maps and more. Players will experience battles in the all new desert biome themed maps, yet they have some new toys too. In addition to new enemies, players will also get to use the new weapon: A hand-Gatling gun to mow down hordes of reptilian and orc baddies.

A new trailer for the DLC gives players a look at the new race, the Tuatara, as well as the new desert biome. Additionally players also get a glimpse of the new weapon and how effective it is on enemies.

The new DLC for Orcs Must Die 3 is out now. The game is available on Steam, Stadia, Xbox Consoles, and PlayStation 4.