Misfits Gaming Group is a competitive, eSports organization based in South Florida. The group has teams in various competitive video games including League of Legends, Overwatch and the Call of Duty League. The group is also partially owned by an array of NBA teams including the Miami Heat and Orlando Magic. Baptist Health South Florida and the Misfits Gaming Group have announced an official partnership to promote better health for eSports athletes. 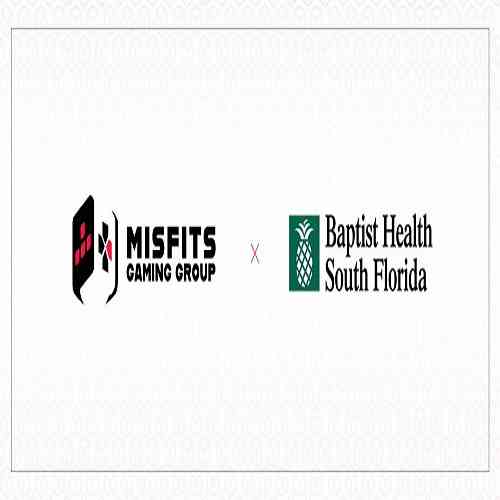 Due to the partnership, Baptist Health will be the exclusive partner and wellness provider for MGG. Furthermore, they will be granted naming rights for the new exercise and wellness area in the new MGG Headquarters located in Boca Raton. The two bodies will collaborate to create and generate content focused on the physical and mental health of gamers and professional eSports athletes.

Justin Stefanovic, SVP of Partnerships at Misfit Gaming, stated, “The physical and mental wellbeing of our players is incredibly important to us, and something we’ve been heavily investing in more and more each year…Baptist Health is the perfect partner for us to level up our physical wellness efforts.”

Lincoln Mendez of Boca Raton Regional Hospital was proud of the partnership, stating, “Baptist Health is proud to partner with Misfits Gaming Group to promote better health in the exciting world of esports competition.”

Baptist Health South Florida is the largest healthcare organization in the region and its facilities span across various counties. It is a not-for-profit company that utilizes philanthropy to provide for many people.

What are your thoughts on eSports? Are you familiar with Misfit Gaming Group? What do you think about their teams? Do you think the partnership is beneficial to eSports? Let us know in the comments below or on Twitter and Facebook.