It’s All About The Love and Thunder

Rumors and speculation have been making rounds around the internet speculating that Jane Foster “Lady Thor” is soon to become the newest Marvel Avenger character and playable hero. 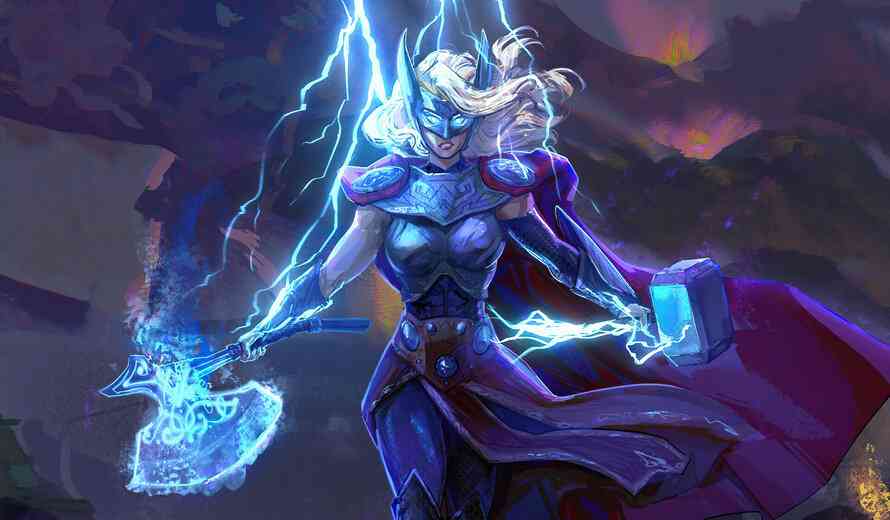 The reliable leaker, Miller on Twitter, believes that Marvel’s Avengers has been working to bring Lady Thor to the game right around the time when the MCU movie Thor: Love and Thunder hits theaters. This is in order to harness the hype that should surround Jane Foster when the movie releases.

Besides Jane Foster’s Lady Thor, Miller also believes that Crystal Dynamics has been working to bring She-Hulk to the game as well. He believes that She-Hulk was originally planned for release in Q4 of 2021 but was then pushed back to release alongside her own Disney+ series.

This would explain the reason why Marvel’s Avengers has been lacking in new hero releases since last year. Xbox players have been especially feeling that lack of content due to Spider-Man being a PlayStation exclusive character, which means they haven’t had any new hero-focused content since 2021.

Thor: Love and Thunder is announced to have Jane Foster back as a main character alongside Thor. She has been missing from the MCU ever since Thor: The Dark World was released back in 2013, after that Thor: Ragnarok infamously didn’t include her and then the MCU took a turn to finish the “Infinity Saga” with the release of Avengers: Infinity War and Avenger: Endgame.

In Thor: Love and Thunder, it is expected that Jane Foster will somehow take the mantle of being Lady Thor and gain all the powers that come with wielding Thor’s Mjolnir weapon. The movie is directed by oscar-winning Taika Watiti and is releasing on July 8, 2022.

Marvel’s Avengers is now available for purchase on Xbox One, Xbox Series X/S, PS4, PS5, as well as PC. The game is also included with the Xbox Game Pass Ultimate subscription service.


Marvel’s Avengers Designer Says the Next Hero Will Be “New”