No Room For That in the New World

You are probably painfully aware of Russia’s invasion of Ukraine, unless you have been living under a rock or eyeball-deep in Horizon Forbidden West or Elden Ring (who could blame you?). Either by the restrictions of sanctions against Russia or by voluntary withdraw, a number of companies have ceased business with Russian partners. This includes the gaming industry, as well as the ongoing development of New World.

The last month or so has been a tense time for the world. But hey, at least video games are pretty good right now. Unfortunately for Russian gamers, who largely have no blame for their country’s military incursions, they may be missing out on some games right now. 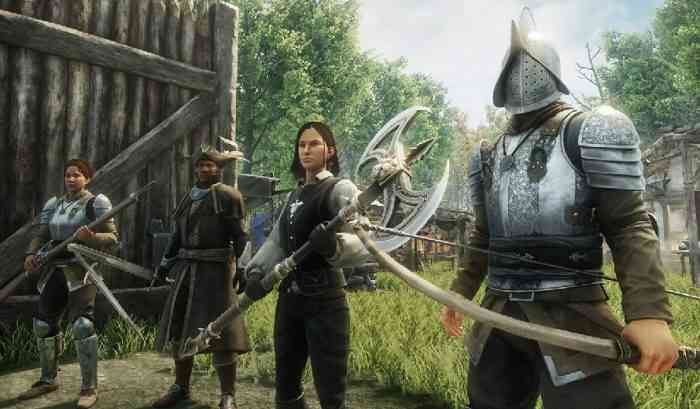 Amazon Games has been working on a localized Russian version of New World. However, according to an interview with TechRadar, they have halted its development. Vice President Christoph Hartmann has confirmed that this is in response to the Russian invasion.

The war in Ukraine has also affected Kyiv-based GSG Game World, the developers of STALKER 2. Development of this game has been paused until “after the victory” of Ukraine. There have also been calls for Russian PlayStation, Microsoft, and Nintendo accounts to be temporarily blocked at this time. However, none of the first-party companies have yet responded.

This month’s update for New World will add a new Blunderbuss weapon-type, as well as more endgame content. Obviously, with no Russian localized version, players there will not easily be able to enjoy that, so… take that, Putin! New World is available on PC.

Do you think the gaming industry’s actions will be effective during this time? Let us know in the comments below.