New World’s public test realm will be giving fans a conclusion to Isabella’s back story. Amazon Games also confirmed to the gaming public that they are going to add the powerful Blunderbuss weapon in this month’s Heart of Madness update.

Last month’s patch primarily focused on balance updates and bug fixes. This month, however, devs are bringing new content and the aforementioned weapon to the MMORPG. 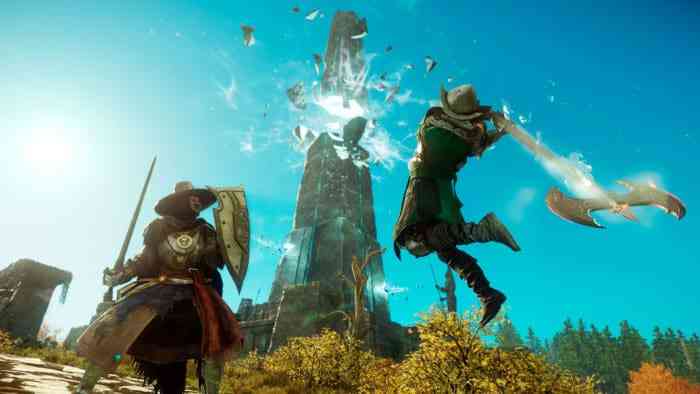 The Blunderbuss is a ranged weapon. It promises “high mobility coupled with potent close-to-mid range damage.” Its damage output will actually scale based on the player’s intelligence and strength, making it especially effective for “bruiser or mage builds.” This is a first for a New World weapon.

The weapon will have two distinct skill trees, namely Chaos and Containment. The latter will revolve around maneuverability and close combat damage. The former, on the other hand, will focus more on keeping a safe distance from the enemies and dealing a larger area-of-effect damage.

The upcoming New World content is going to be an all-new Endgame expedition called Tempest’s Heart. It will take players to the heart of Shattered Mountain. They will be confronting the title’s main villain Isabella, also known as The Tempest.

Along the way, players will learn more about “the secrets of her past” as they explore her corrupted mind. The endgame expedition can be played by five players requiring level 60 and a recommended gear score of 550 or more.

New World’s public test realm update will also bring “new encounters in the wild, impactful balance changes across a variety of weapons, and a huge swath of bug fixes.” Unfortunately, the devs did not provide an exact date for the PTR. However, fans can expect it to begin “soon” before it goes live in the main game “eventually.”

Gwent: Rogue Mage Will Be Out Tomorrow
Next
Stalker 2 Devs Put Game on Hold Until ‘After Victory’ in Ukraine
Previous
New World’s March Update Will Introduce A New Expedition and Weapon