Godfall Ultimate Edition Coming to PC and Xbox Next Month

Counterplay Games’ 2020 title Godfall was a PlayStation exclusive. Today, it was announced that Godfall Ultimate Edition would be coming to Xbox and PC. The wait is not too long either. It will be available in the first week of April. It will come with all the DLC that was released, as well.

Godfall was released on PC and PS5 toward the end of 2020, then was also made available on PS4 in 2021. The PC version launched on the Epic Games Store, but now Godfall Ultimate Edition will debut on Steam, Xbox One, and Xbox Series X|S. 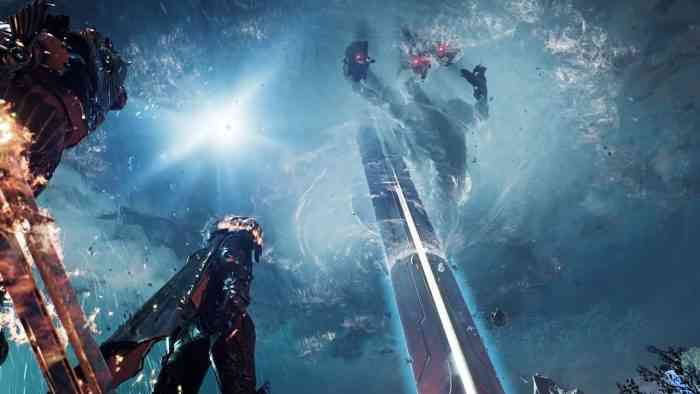 The original release did not have a ton of bonus content, but Godfall Ultimate Edition will be packed with everything. The Deluxe Edition gave players access to the first and only paid expansion, Fire and Darkness. The Ascended Edition came with a bunch of in-game items and cosmetics, as well as the expansion.

Forge your own path in Godfall: Ultimate Edition releasing on all platforms on April 7, 2022!

All past updates & DLC are included, as well as the upcoming “Exalted Update”. Wishlist on Steam: https://t.co/hX7IH18vnn pic.twitter.com/mcbcC1HYa5

Along with the game’s release on Xbox and Steam, PlayStation and Epic Games Store customers will also be treated to the Exalted Update. This will add several new Valorplate Shards, reworked enemies, a combat system overhaul, and enhancements to the story mode.

Godfall is available now for PC, PS4, and PS5. Godfall Ultimate Edition will be available on April 7th for PC, Xbox One, and Xbox Series X|S.

Which platform will you be playing Godfall on? Let us know in the comments below.


Gearbox Publishing Has Acquired The Risk of Rain IP