Core Keeper Blasts Past Its Half a Million Milestone on Steam

Core Keeper is an underground survival sim game that launched in Early Access on March 8th. The gaming community saw a huge surge in the indie game’s popularity since then. According to multiple reports, this can be traced in part to the positive attention it has been getting from streamers. Apparently, the game’s streams are approaching two million views on Twitch.

It is every indie game developer’s dream to have their hard work pay off like this. Multiple gamers have praised the game for its juxtaposition of genuinely unnerving underground surprises, alongside its overall cozy atmosphere. 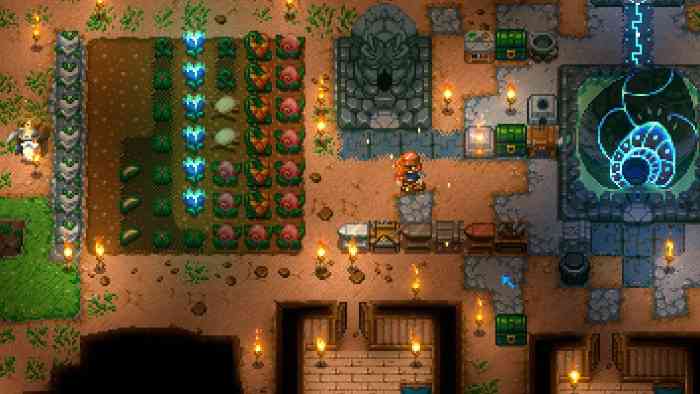 Its following is intrigued by its charming combination of elements from Stardew Valley, Terraria, and Valheim. These games are beloved titans in their own genres. Although Core Keeper is not on their same level, the comparison fits—albeit with an Early Access caveat to contend with.

Furthermore, Developer Pugstorm has also confirmed that the game is now already Steam Deck verified. Fans will no longer have to wait for about half a year for a promising indie title to be available on the Switch eShop just so they could play it while on the road.

It is worth noting that Steam Deck and the Nintendo Switch both have their own market niches and use cases. However, the latter has only had very few credible challengers as the preferred mobile platform for PC indie game ports. More competition in this front can only be a good thing.

Indie gamers are glad to see Core Keeper get so much success in the market so quickly. Moreover, Pugstorm wants to build further on this success with substantive updates that are already in the works. These updates will bring in new mechanics and new biomes for Core Keeper players to enjoy.

Did you get the game? Let us know in the comments below.

Call of Duty: Modern Warfare 2 Has Made It Easier to Spot Targets
Next
Gnomes Will Be Playable in Baldur’s Gate 3
Previous
Halo Infinite Fans Could See Return of Shotty Snipers in Season 2