Valheim Players Can Soon Display Their Gear on Armor Stands

Valheim’s developers, Iron Gate Studios, once again teased fans with a quick gif. This quick teaser has excited players with the teased arrival of armor stands this year.

“Been working on a little something for you,” a Valheim dev wrote on social media. “Just make sure you are on Santa’s nice list this year!” 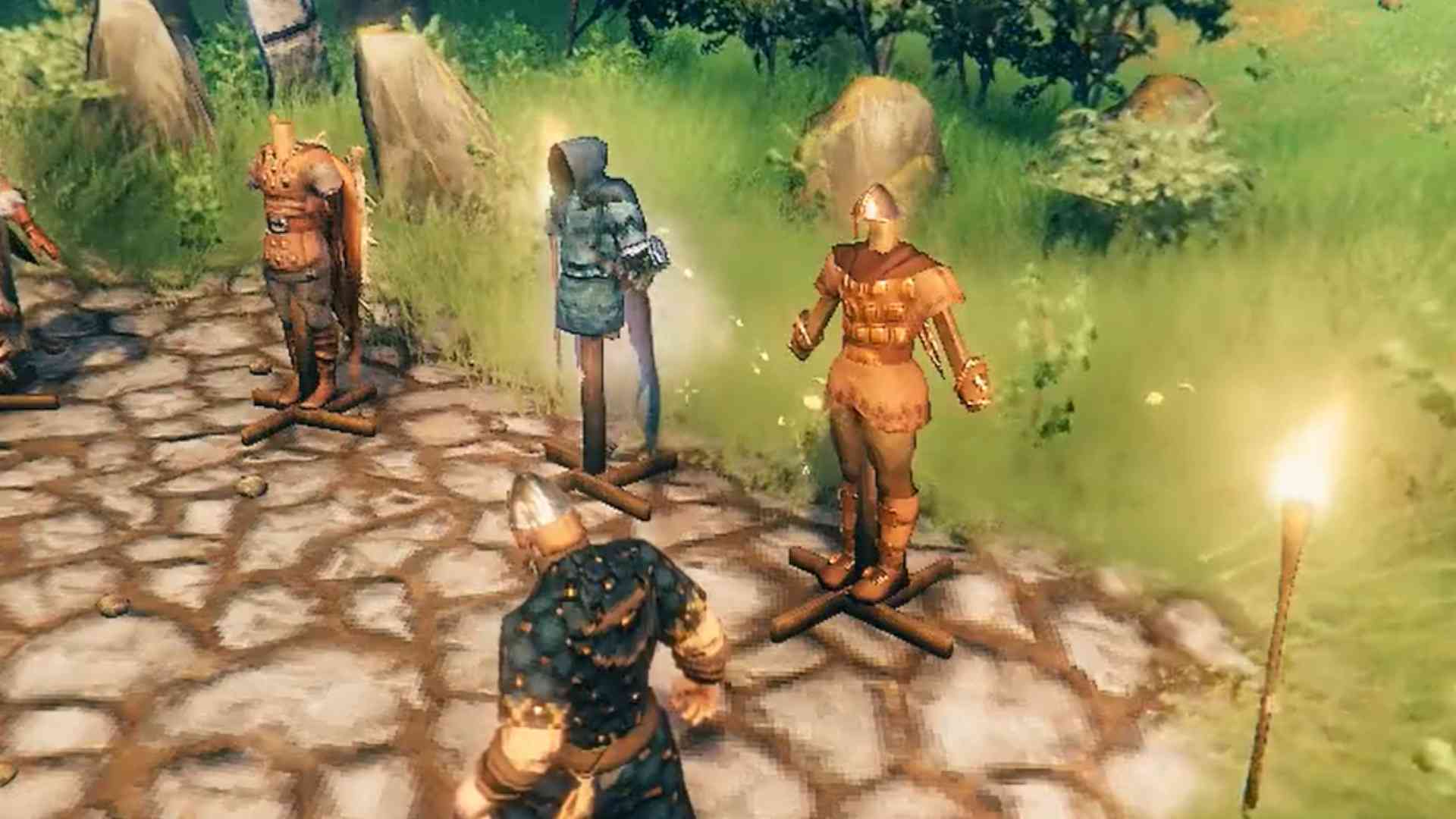 Valheim, a crafting survival game, is soon getting armor stands, and fans are excited about it. Valheim players already have craftable piles of gold to decorate with and item stands to hang the heads of gods that they have defeated. Soon, they will also have the opportunity to display the gear that they used for killing their enemies.

Although the devs did not specify when the armor stands are going to be available, Iron Gate’s quip about being on “Santa’s nice list” is certainly not subtle. “Not final,” the dev added. “But hope you like it so far!”

Taking a look at the sneak peek, it seems that Valheim’s upcoming armor stands can hold an full set of armor, a shield, and a weapon. It is definitely a nice way for Valheim players to show off the gear they own. Plus, it helps in creating mores precious storage space in the players’ chests.

The game’s next major Mistlands update is still currently being developed by the Valheim team. Thankfully, Iron Gate keeps rolling out smaller patches and updates in the meantime. “I know you are all very excited about the Mistlands, and so are we,” the devs wrote. “We are still too early in development to be able to say for sure when the biome will be released.”

The game is also among the titles nominated for two different categories at next week’s The Game Awards. It is currently up for Best Debut Indie and Best Multiplayer. Valheim fans may want to join in on the voting.

Are you glad Valheim is getting armor stands? Let us know in the comments below.