Several Changes and Additions Coming to Hitman 3 This Month

This Wasn’t in the Contracts!

Generally, once you sign a contract, it would be a series breach of professionalism to change it. When you are dealing with a hitman, they are liable to terminate more than you bargained for. That being said, some of the Arcade Contracts in Hitman 3 are being changed, but for the better.

This month, several minor changes will be implemented, some which were put into place last week. Some of the requirements or stipulations that Hitman 3’s Arcade Contracts had will be removed, depending on the mission. “Hide All Bodies”, “Camera Countdown”, “No Ballistics”, “One Disguise Change”, and “Headshots Only” will be removed from some missions. However, current Arcade Contracts will still contain the “Hide All Bodies” complication, since they are already in play. 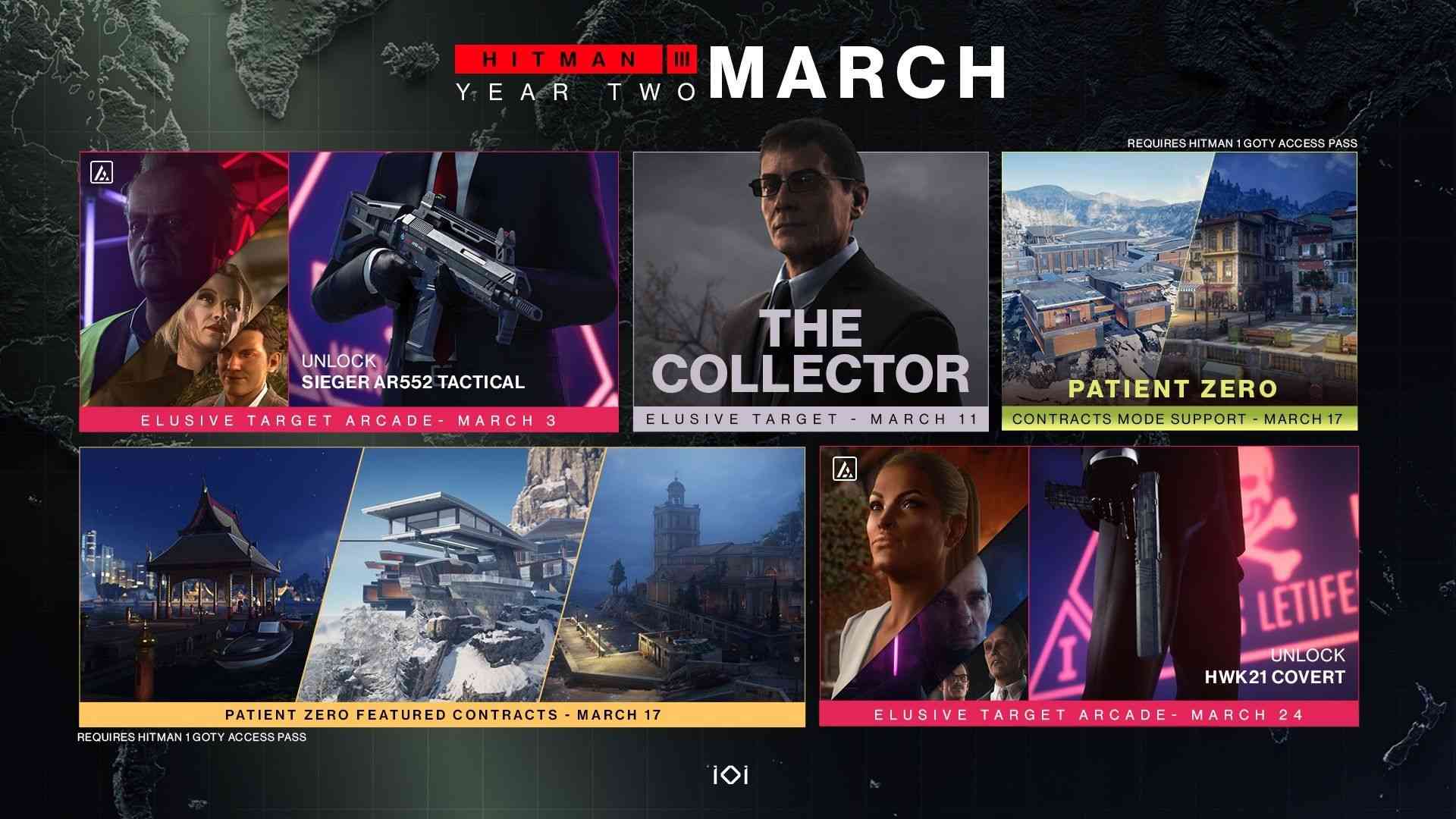 The Elusive Target this time around will be The Collector, located at Dartmoor Manor. This is a Year 2 Elusive Target, but even players who have not yet played the original contract will be able to participate. Players have from March 11th to 21st to eliminate him.

Old maps from Hitman 1 will be added to the Patient Zero Contracts. Sapienza and Hokkaido will now be supported in this mode, however players will need access to these maps through the Hitman 1 GOTY Access Pass.

Starting on March 24th, there will be a new Elusive Target Arcade mission set. An Elusive Target from each of the three Hitman games will return for time batch of hits. Completing any of them will earn you the HWK 21 Covert pistol.

Hitman 3 is available on PC, PS4, PS5, Xbox One, Xbox Series X|S. You can also play this content in the Hitman Trilogy.

Are you still taking out Elusive Contracts in Hitman 3? Let us know in the comments below.