World of Warcraft Rolled Out Last Major Update for Shadowlands

World of Warcraft: Shadowlands Got Its Last Major Update

World of Warcraft devs just rolled out their last major update for the game’s latest expansion, Shadowlands. Patch 9.2, otherwise called Eternity’s End, brings a lot of new content to the franchise. One of the key additions would be brand new zone Zereth Mortis which is the home of a new action called The Enlightened.

“Zereth Mortis is an opportunity for us to dig even deeper into the crazy universe that we have already seen with Shadowlands but then really take it to the next level,” said Game Director Ion Hazzikostas. “We were intrigued by the idea of keeping this place mysterious while also giving some bread crumbs and things for players to figure out.” 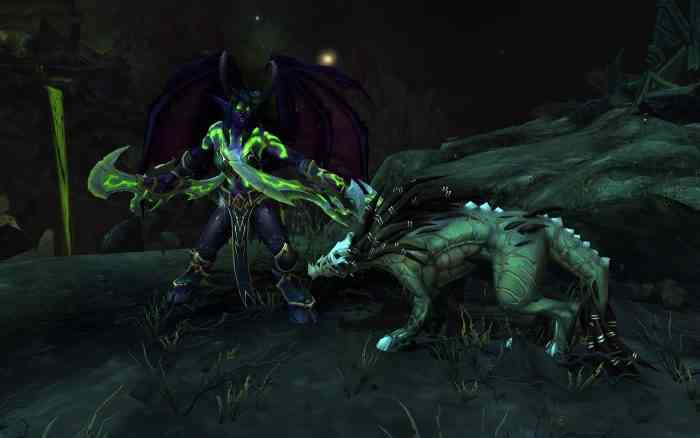 This new World of Warcraft zone looks to be pretty promising. The patch also adds the Afterlives Forge. It will allow players to craft their own mounts and battle pets. It is a “powerful instrument of creation” that was left behind by the franchise’s progenitor species.

Zereth Mortis will also involve learning a new in-game language. The automatons speak a “musical language that is incomprehensible to mortal races.” With that said, World of Warcraft players will have to team up with an automa sidekick so they could learn this language. By doing so, they can easily unlock new events, zone activities, and daily quests.

“We ended up focusing on the building blocks of the universe and sacred geometry,” Hazzikostas continued. “You will see that woven into the landscape here, in the denizens, in the creatures.”

By the sound of it, it would seem that this update is pretty much wrapping up the Shadowlands expansion. That is, until the time that Blizzard is ready to discuss what they have in store for World of Warcraft. With that said, devs are hopeful that this is “the thrilling conclusion to Shadowlands” that fans are expecting.