The Sims 4: My Wedding Stories & LGBTQ Content Will Launch in Russia

The Sims 4: My Wedding Stories Will Launch in Russia After All

The Sims 4’s latest expansion My Wedding Stories was met with a lot of controversy in Russia. Some content featured in it violates the country’s laws that forbid any and all materials that promote non-traditional sexual relationships.

The expansion allows players to play as a wedding planner that plans every aspect of all kinds of weddings, including lesbian couples.  Electronic Arts was concerned that the queer couple Camille and Dominique who are featured in the game’s marketing would be afoul with the country’s laws. With that said, EA confirmed last week that they will not launch the pack in Russia. 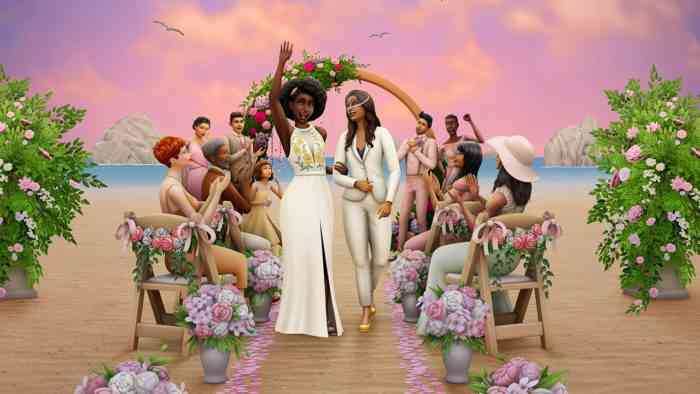 However, they seemed to have reversed that decision. As confirmed by EA themselves, The Sims 4: My Wedding Stories will launch for their Russian following completely unedited.

“At the time, we believed that our team could not freely share the storytelling of same-sex couple Cam and Dom in Russia and decided the best way to uphold our commitment to sharing their story was not to release this pack there,” they wrote.

“We have reassessed our options and realized we can do more than we initially believed,” devs wrote. “We will now release The Sims 4: My Wedding Stories Game Pack to our community in Russia, unaltered and unchanged.”

This turnaround suggests that The Sims 4: My Wedding Stories will be getting an Adults Only rating in Russia. This will supposedly keep the game out of hands of minors. However, this seems to be an academic point. However, The Sims 4 game itself is already rated AO in that region. After all, the game already allows players to engage in same-sex relationships.

“We have been listening to the outpouring of feelings from our community including both support for our decision and concern for their fellow community members,” they wrote. “It is equally important for us to stand by our values including standing against homophobia and to share stories like this with those who want and need it most.”

What do you think of EA’s decision? Let us know in the comments below.

Wild Hearts Trailer Shows Off The Powerful Golden Tempest Beast
Next
Devs Confirm There Is Nothing New on the Terraria 2 Front Just Yet
Previous
Daymare 1994: Sandcastle, Horror Game, Skulks into Steam Next Fest