Post Void Is Coming to PS4 & PS5 This Spring

Post Void is Super Rare Originals’ love letter to shooter fans with “some paint and tons of caffeine.” It is the studio’s first ever title for PlayStation consoles.

“Today, I have the privilege of revealing our first ever title for PlayStation, Post Void,” confirmed Marketing Director Ryan Brown. “Coming to PlayStation 4 and PlayStation 5 in spring 2022.” 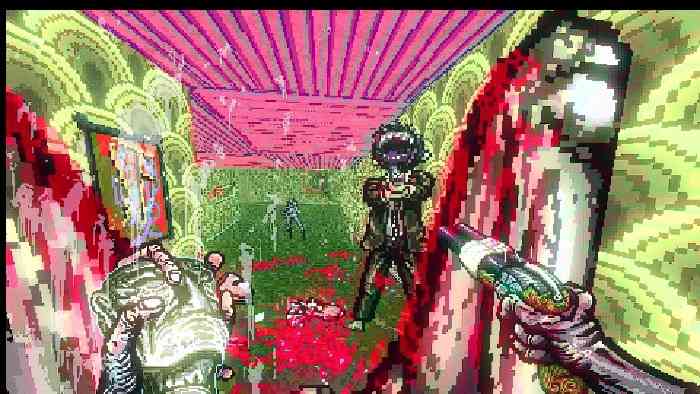 “We are lucky to be working with the talented duo at Y/C/Y/J, who knocked it out of the park with their hit game Post Void which we are now bringing to consoles,” Brown continued. “Take your favorite shooters of the past, put them in a blender, add in some paint and tons of caffeine, and you have got Post Void.”

Basically, players will die once they stop moving. They will be carrying their weapon in one hand and their idol with their health in the other. They can refill the idol by increasing their kill count. With that said, the main focus to survive within the game is to set up kill streaks in quick succession.

“If you slow down for even a minute, it is game over—no lives, no retries,” he added. “There are no places to hide or to stop and catch your breath and one slip-up can and your run.”

In Post Void, players’ runs are very short. This means that death does not really sting for too long. “You will die again, and again, and again,” Brown added. “Just jump straight back in and hone your skills.”

Devs purposely created the game to be “intense, violent, and chaotic, both in its gameplay and its visual style.” “Post Void is an addictive pick-up-and-play game whether you have time for one quick run or end up pouring hours in as you get tantalisingly closer to the end,” he said.