Earlier this week, we saw that Dead by Daylight was planning to do a chapter reveal for what is coming out in March 2022. And now, we’ve got the juicy details of the Ringu chapter. 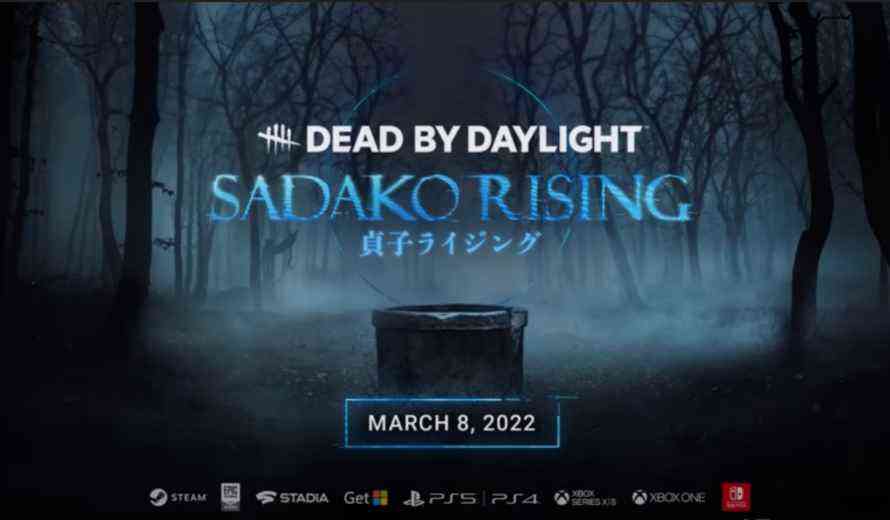 Called Sadako Rising, this is the 23rd Chapter of Dead by Daylight. The reveal rival shows that the killer is the expected, and much excited over is Sadako Yamamura. With the game alias of the Onryō, Sadako comes with the unique perks of finding survivors, Generator regression/loud noise notification, and making it possible to block Generator repairs.

And the survivor is, interestingly enough, also from the franchise, Yoichi Asakawa. Now, marine biologist, Yoichi is the only survivor from the 1998 Ringu movie, who somehow managed to stay alive as a child and managed not to be a victim of Sadako’s wrath.  Yoichi’s unique perks allow him to hide from the killer (as in no scratch marks, pools of blood, or grunts of pain) after stunning the killer for a few seconds, be able to be found by other survivors and be better at healing, as well as change a hex or dull totem to a boon totem- which helps increase the speed of other survivors whenever they are in the totem radius.

There was, however, no map confirmation or denial; it could be possible that there is a new map, with the iconic well and the television set, which could be teleportation points unique, or possible killer teleportation points. Or, they could have been added for flavor for the reveal trailers. It’s difficult to say whether there will be a new map especially for the Ringu franchise, but one can hope there will be, considering the trailers and the possible benefits for killers or survivors alike- or just to add more fun to the gameplay.

Sadako Rising will be coming out on March 8, 2022, and there is currently a countdown for those who can’t wait to play.

Sadako Crawls Out of the Well in Dead By Daylight
Next
Lord of the Rings: Gollum Creators Acquired by New Company
Previous
Battlefield 2042 Devs Blame Failure on Halo Infinite’s Success & COVID