Cyberpunk 2077 launched last year with different bugs and problems. Since then, CD Projekt Red has constantly been trying to fix the game. They even rolled out a much-hyped current-gen update for Xbox Series X and PS5. However, it looks like players on previous consoles have been left to tread water.

The latest Cyberpunk 2077 massively overhauled the game’s graphics on last-gen consoles. However, fans were actually waiting for a fix for its fundamentally broken crowd AI. Players see pedestrians stuck in their walk animations. Cars were not stopping because of traffic pile-ups. Some in-game civilians were even not responding whenever bullets started to fly around. 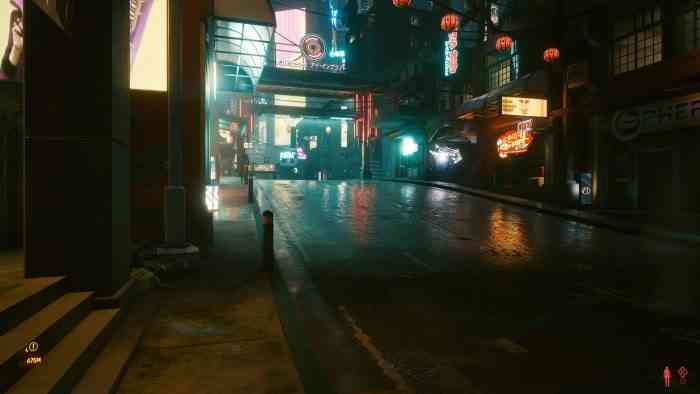 Cyberpunk 2077 players on new-gen consoles see pedestrians either shooting back or funning whenever fire-fight broke out. However, it would seem that the experience will not be the same for players who are using Xbox One and PS4 devices.

The next-gen changes means that crowd AI will be reacting more realistically to the players’ aggressive actions. “It brings up a bit more reactivity and life to the city,” confirmed Quest Director Pawel Sasko.

“I can say that with the changes and additions being made via updates to Cyberpunk 2077s core, the game which was already technically complex, is becoming more and more so,” said CDPR Global PR Director Radek Grabowski. “This growing complexity requires more resources such as faster internal storage or more memory of which there is typically a finite amount on consoles.”

“With this in mind, we have made the decision to introduce some features only in the next-gen versions when it comes to consoles in order to keep targeting the delivery of the most optimal and stable gameplay experience on base PlayStation 4 and Xbox One hardware,” he added.

Basically, Grabowski is stating that Cyberpunk 2077’s systems require more from the memory and hardware that Xbox One and PS4 consoles can provide.