Total War: Warhammer 3 Will Be Bigger Than Any Other Total War Game

Total War: Warhammer 3 is an amazing package. Developer Creative Assembly started planning the trilogy six years ago. Game Director Ian Roxburgh has come out of the shadows to confirm that it is the biggest one they have ever made for the franchise.

“Because the first two games were so successful, it gave us the opportunity to have a much bigger budget and a longer time to work on Warhammer 3,” Roxburgh said. “We really could reach for the stars.” 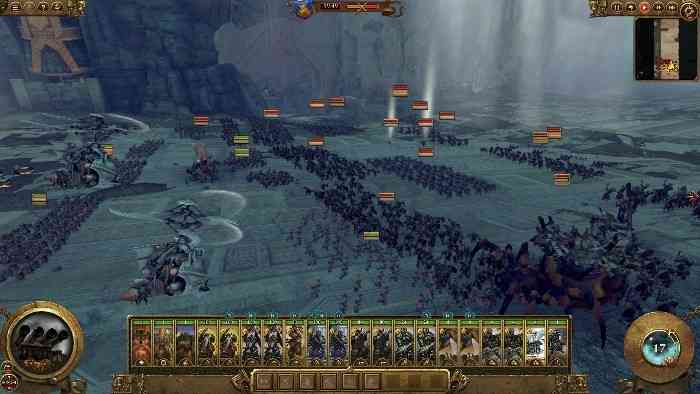 Total War: Warhammer 3 is a strategy game that is set to launch on February 17th. It will have a sprawling narrative, eight new factions, and a map that is twice as big as the map in the franchise’s second installment. Devs gave it so much quality of life improvements, right up to the AI and UX. There will also be evolutions to its core systems, from combat to diplomacy.

“I think we have ticked every body that fans would have wanted,” Roxburgh continued. “There are loads of new features that fans will not be expecting.”

One key feature that Total War: Warhammer 3 fans did not expect is a huge overhaul to the game’s multiplayer mode. Devs introduced a brand-new campaign multiplayer feature that makes the game faster, larger, and a lot more social. Instead of two players, the campaign can now have up to eight.

“To facilitate that, all eight players can play their turns simultaneously,” Roxburgh added. “So, you are not going to have your turn and then have to wait for seven other people to take their turns.” Basically, players will “all be playing at the same time.” “It is not just one person telling a story about their experience and everyone enjoying that,” he continued. “It is everyone engaged in that experience together.”