Total War: Warhammer 3 Could Be Out On November 4th

Total War: Warhammer 3’s release date may have just been revealed by a UK-based retailer. Total War fans have been antsy for more news regarding the official launch of the franchise’s next installment. Since the game’s full showcase gameplay was shared in May, fans have been on the edge of their seats after seeing the new unit types that will be featured in the game.

Although Creative Assembly has kept mum about an official Total War: Warhammer 3 release date since then, it was discovered over at ShopTo, a UK-based shop, that the game could be out by November 4th of this year. This date somewhat aligns with the initial announcement trailer that promised the 2021 release. 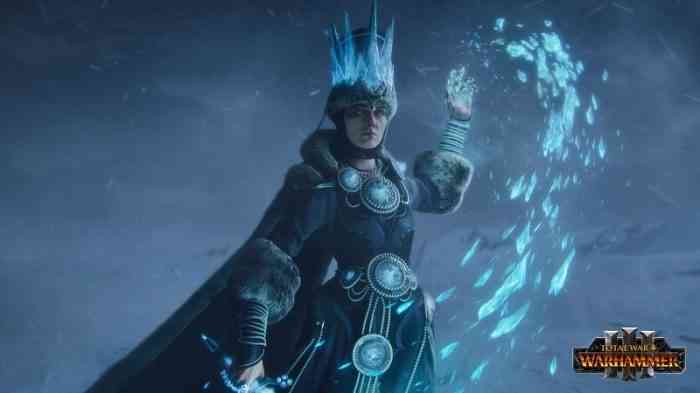 “I just checked ShopTo (reputable UK retailer),” said the fan who spotted the listing. “I saw they are selling Digital PC codes now. Their listing for Warhammer 3 says the game is releasing on the 4th of November.”

ShopTo is an online shop that allows players to pre-order upcoming games, including add-on content, such as Total War: Warhammer legendary lords DLC. The website’s November 4th listing could merely be a placeholder date since the devs have not provided any information on when the game will be released to the public. However, it is worth noting that it is a common sales strategy for developers to launch AAA games around the holidays. If this November 4th Total War: Warhammer 3 release date is, indeed, true, then Creative Assembly will have enough time to add further content—such as taking on the iconic voice actors from Warhammer 2.

Total War: Warhammer 3 is the dramatic conclusion to the entire franchise. Looking at the fantastic job the devs did for its predecessors, the third installment is expected to be the perfect end to the trilogy.

Sword of The Necromancer: Revenant Launches Kickstarter
Next
This Weekend Features Super Hot Deals on HyperX, Razer and Nacon Accessories
Previous
Game Pass Has Its Own Official Song and Music Video