Spelunky 2 is finally now able to be played on Xbox Series X|S, Xbox One, and PC through the Game Pass. Spelunky 2, which was released on PlayStation 4 in 2020, has been very highly acclaimed and helped with the roguelike genre. As well, it is one of a series of 2D platformers that have brought up the genre itself with its charming graphics and its playability. 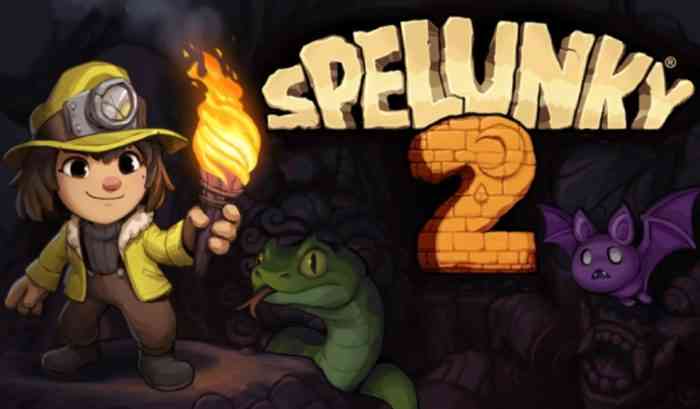 Developed by Mossmouth and  BlitWorks, this is the follow-up of the original game, Spelunky. The object of the game is simple: the main character, Ana, attempting to find her missing parents (her father being the original main character of Spelunky) from their spelunking expedition on the moon. There’s still a lot of the original components that come from the original Spelunky game, such as the gameplay and the ability to loop while adding things such as the liquid physics- which is used at least at one point with lava.

What may be an interesting piece of information to point out is that Spelunky 2 has reversed its releases compared to the original game. For Spelunky, it originally came out onto the Xbox, then onto the PlayStation, and last on the Nintendo Switch. With Spelunky 2, it was released on PlayStation first, then Nintendo Switch, and now on Xbox.

The reasoning may be fairly simple though: the game creator, Derek Yu worked together with the same studio who originally did the PlayStation ports for the first game. So, it may have been easier to port for PlayStation first.

There is a question of whether there is a possibility of cross-play, especially with the Xbox port, which is somewhat difficult to say. While there is the possibility to co-op locally and online on the Nintendo Switch and the PlayStation already, and the Xbox says that it can do it as well, there has been no confirmation nor denial if the game can or has been given the ability to play that way.

For now, though, we can be happy that Spelunky 2 can currently be purchased at 19.99 USD on Xbox.

Everything You Missed in Nintendo’s Indie World Showcase