Ubisoft Is Working on New VR Game Notre-Dame on Fire

Notre-Dame on Fire is an upcoming virtual reality escape game from Ubisoft. The team behind the game partnered with Director Jean-Jacques Annaud to bring this story to the gaming world. The story will be focused on having to escape the cathedral as it is engulfed in flames back in 2019.

A docu-drama of the same title will be out in March 2022. With that said, Notre-Dame on Fire will launch alongside the film. Unfortunately, at the moment, it remains unclear which VR platforms the adventure will be available on. 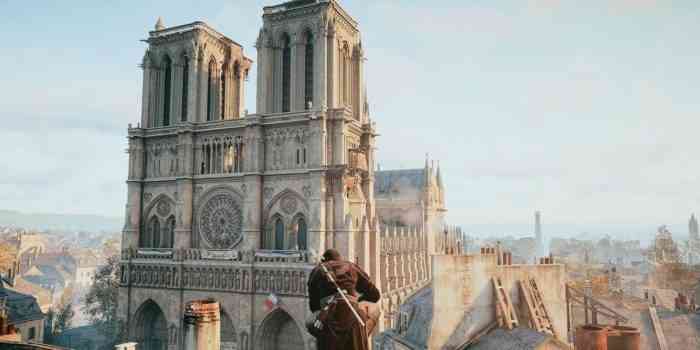 The Notre-Dame on Fire team sought the assistance of engineers for the reconstruction. Ubisoft used detailed 3D models that were used in 2014’s Assassin’s Creed: Unity. With these models, devs were able to come up with a one-hour virtual reality experience that puts players directly inside the burning cathedral.

It was Annaud who approached Ubisoft early last year for this project. He wanted to have a video game tie-in with his upcoming film. Considering that the documentary is going to release this March, this does not give the studio enough time to develop a full-fledged game. However, it is essentially enough for a smaller escape room-style VR project.

“Like any escape game, it is a question of puzzles and cooperating with your team mates,” said Ubisoft Senior Vice President Deborah Papiernik. “The idea is to make your way through the cathedral to find relics and to fight the fire because you have to save Notre-Dame before time runs out.”

The entire world was aghast when multiple news sources reported of the medieval cathedral catching fire. The flames destroyed a huge section of the 850-year-old church. Many people and organizations rallied around the effort to rebuild the Parisian landmark.