One of the most influential games ever released, Spelunky, as well as its sequel, Spelunky 2, have released on the Switch today.  Highly critically acclaimed, Spelunky has come to shape the roguelike and roguelite genres over the course of its roughly a decade life span. 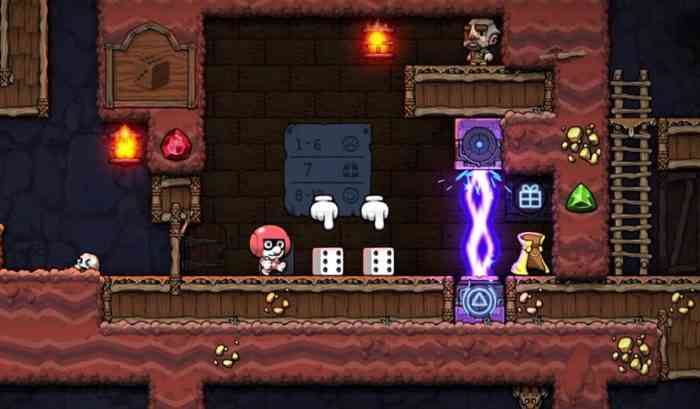 Spelunky and Spelunky 2 are both 2d platformer roguelikes, where the main gameplay objective is to explore the underground, fight enemies, and collect items.  As the game is a roguelike, if you lose all your health, you will have to start from the beginning of the game with minimal meta-progression.  This means that any items or progression that you may have achieved in a run are wiped upon death.

As with many other indie games, Spelunky and its successor seem like a near perfect fit for the handheld controls and portable device.  Spelunky will support wireless local coop for up to four players, while Spelunky 2 will feature both local and online coop.

It’s surprising that Spelunky has taken so long to arrive on the Switch.  Since the source code of Spelunky was released soon after the original game’s release, the game has been ported to most major game platforms – from the browser port titled Spelunky HTML5 to an unofficial Mac port.

You can pick up Spelunky on the Nintendo Switch Store for $10, while Spelunky 2 will cost $20.

What do you think of the latest Spelunky ports? Are you excited to play the classic game series on your Switch? Let us know down in the comments, or hit us up on Twitter or Facebook.