Sea of Thieves devs are saying goodbye to the game’s Arena mode on March 10th. Apparently, not too many players are playing it.

“As we have shared before, only two percent of our players’ time is spent in The Arena on a consistent basis,” Executive Producer Joe Neate wrote in a blog post. “Despite the efforts of a hugely talented team, The Arena unfortunately never met the goals we originally had for it.”

“Firstly, this was an extremely tough decision,” Neate added. “But, we firmly believe it is the right one to allow us to focus on our plans for the central free-roaming Adventure mode.” 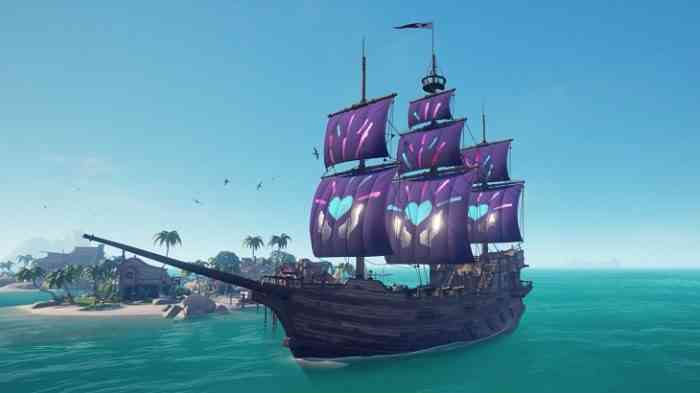 According to Rare’s blog post, active development for the mode had actually ended in December of 2020. However, the constant updates they rolled out for the game adversely affected The Arena. Because of this, they had to continuously develop the mode just to keep it running.

Sea of Thieves’ Arena mode is perfect for fans who simply want to fight other pirates and sink enemy ships. Sadly for this group of players, the feature is going away at some point during Season 6. Rare did not specify exactly when, but Season 6 is starting in March. With that said, it is safe to say that time is running out for huge fans of The Arena.

“One thing that really stands out is that launching a competitive mode is a far bigger investment and requires a far bigger creative focus than we realized going in,” he continued. “As a result, The Arena has required considerable development work just to keep it functioning in its base state and would continue to represent a significant ongoing workload for us.”

Sea of Thieves’ Arena mode may share some similar mechanics with Adventure but “it is an entirely different experience.” It “required a huge amount of mindshare and development effort to stand alongside it.” “Given the disparity in audience sizes, it just became impossible to justify,” Neate explained.

Are you having fun in The Arena? Let us know in the comments below.

Lord of the Rings: Gollum Story Is Parallel to LOTR’s ‘Early Chapters’
Next
Resident Evil 4 HD Mod Project Finally Out After 8 Years of Work
Previous
Xbox Aims to Create a Rival to Monster Hunter, with Certain Affinity’s Help