Outlast made big waves in the horror game genre when it first came out in 2013. When Outlast 2 came out, it was… well, it was there. Developer Red Barrels going in a slightly different direction with The Outlast Trials, but new screenshots show familiar settings and imagery.

If you have played either of the Outlast games, you know that they do not shy away from gore, mutilation, torture, and all that crazy stuff. The first game was set in an asylum and the second was in a small town made up of religious cultists. The new screenshots reflect both settings, but we know they are not directly connected. 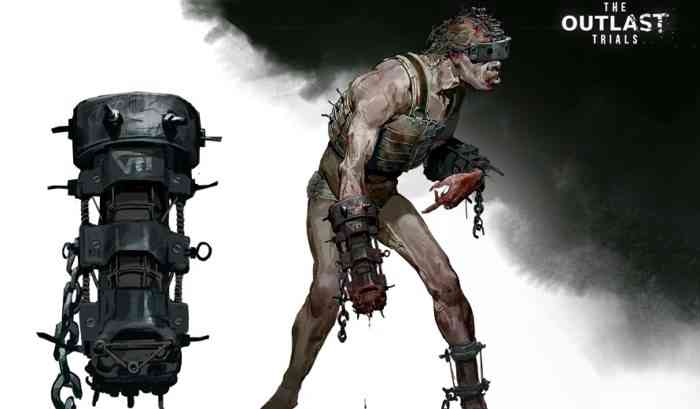 The Outlast Trials takes place 20-30 years prior to the first game, but focuses on the Murkoff Corporation, which is antagonizing force in the series. The first image shows a rundown chapel with a crucified person, a corpse on the altar, and other bodies and blood splattered around.

As we push forward in the development of #TheOutlastTrials, Murkoff is looking forward to making new friends in the year to come… pic.twitter.com/bZ3jS6TeKw

The second image shows a setting closer to the asylum of the first game. There are tracks for something, like a cart. We also see a couple of horrifying people stalking the hallways. One of them is hanging dong, so that’s back. This place has also fallen into ruin and chaos, with skinned bodies and blood decorating it.

Are you excited to play a new Outlast game? Let us know in the comments below.

Why We Should Never Stop Talking About Silent Hill
Next
Konami’s Castlevania NFTs brought in over $150,000
Previous
Beacon Pines Demo Makes Its Way to Steam’s Big Adventure Event