Now You Too Can Balance the Books for an Undead Army

Video games can come in all shapes and sizes. There’s a lot of fun that comes from all the creativity that arises in all sorts of people, and the stress relief (or inducing) that can come from it. This can range from anything from playing a soothing game of Animal Crossing to running and surviving in a game of Tomb Raider. And sometimes, a game can take the form of a spreadsheet. 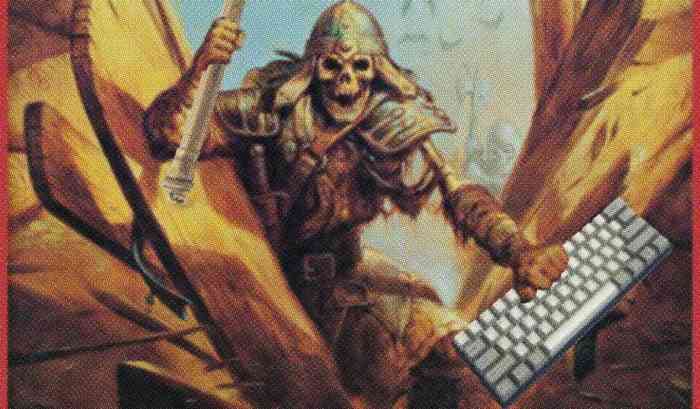 Yes, seriously, a spreadsheet. Only this spreadsheet is for an undead army.

There’s a bit of a background story to this, thankfully. This was actually all thought up by a professor of game design at NYU’s Game Center, Alexander King. King, as a challenge to his students, told them for an assignment, to create a game using Google spreadsheets as its base. And the students did not disappoint.

[Dividends & Decay by Jordan Grayson @jrdngrysn]
Play as an undead accountant managing the evil spreadsheets of a necromancer!https://t.co/XZGmKa7SmD pic.twitter.com/o8RU68E9Un

This particular game is called Dividends & Decay: Accounting for the Damned. It’s a great game, and according to the description, it’s all about creating spreadsheets and working as an accountant for a necromancer’s undead army. It sounds very Dungeons and Dragons by design, and even if not, it sounds like a fun time. Or possibly just good motivation to learn how to do accounting or at least use spreadsheets.

This was not the only project that came to fruition due to this assignment, however. There’s another game called To the Center of the Earth, which is more steampunk-centric and involves, well, getting the right parts to drill to the goal. There is more variety of games turned in for this assignment than expected- not just puzzles or using the spreadsheet options for certain. There’s an iteration of scrabble, a murder mystery, and a heck of a lot more that can be played. This made what could be considered a basic, even work-centric program and service a lot more fun, which is a pleasant surprise.

Some can be found (and played) through Itchio, which can be found on the master list that has been curated by King on Twitter.