Ok Yeah, Witcher 3’s Numbers are Gonna Go Up, But By How Much?

The Witcher 3: Wild Hunt is a game I don’t think I need to introduce. Like, come on. 92,000 concurrent players on release is pretty good, especially for a single-player focused game. That game singlehandedly put the Witcher franchise on the mass-cultural map, and has already spawned two seasons of a Netflix TV series.

When that first season came out, Witcher 3 also happened to be on sale. This led to something of a perfect storm, with the game’s player count going, as the kids say, “absolutely insane”. 100,000 players was the grand total back then, impressive numbers to be sure. We’ve also got a sale this time around, though a season 2 release is a bit less exciting than a series launch. But by how much, exactly? 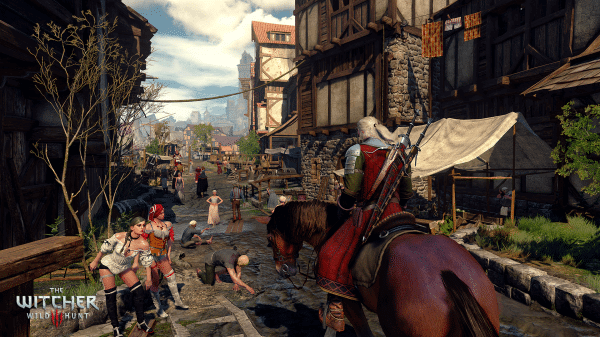 First, lets grab ourselves a baseline. The game’s Steam Charts show it hovering in the 30-40 thousand range up until November. But back before season 1, that number was in the 20-30 thousand range. This means that the initial sale+season release boosted Witcher 3’s numbers by about 75,000 back in the day. (these numbers are very approximate, don’t yell at me)

Now, you may ask: what exactly was the point of all this? Frankly, if you’re not impressed by my exceedingly shoddy math skills, I don’t know what you’re doing this deep into an article about numbers. Maybe you’re just a massive Witcher fan? Which… actually, fair enough. Have a nice day.