It Actually Looks Awesome, To Be Fair

It’s no secret that the Witcher 3 put CD Projekt Red on the map, overstating the game’s success is simply impossible. And when a media property gets an unexpectedly large amount of attention, you can be sure that merchandise will follow. But all those usual modes of brand expansion are seemingly not enough for the Polish video game developer – they wanted to make something totally unprecedented in the gaming world, and hired the Dutch painter Chris Berens to accomplish just that.

‘No Gods No Masters’ is a canvas painting, measuring 86 x 60 cm, and is being sold via Cook and Becker. Printed reproductions are also available, coming in at $125 USD for a smaller version, or $250 USD for a full size reproduction. You know, just in case the $20,000 one is out of your price range. 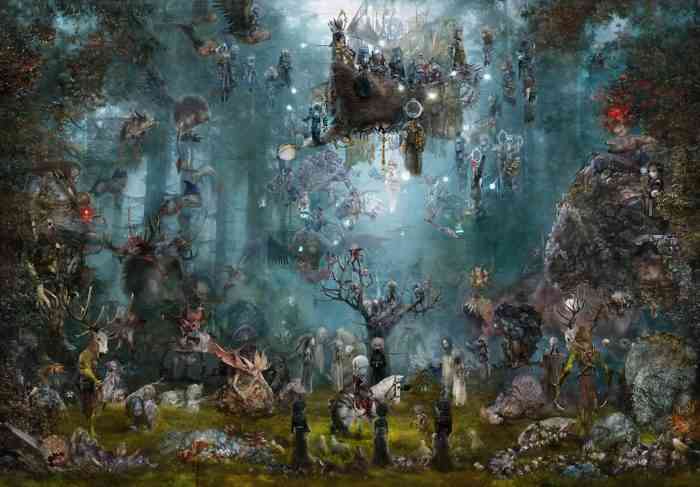 Chris Berens is an artist known for an otherworldly style, and the art certainly leans in that direction. The scene is practically dripping with mysticism, with fog and monsters and a floating ship and a barely-legible background… There’s plenty of stuff to look at, very little of it human. Geralt is there, more or less exactly where you’d expect him to be. But did it take you a second to spot him? There’s a reason for that. Everything about the image is meant to draw you into the mysterious and surreal, and away from something knowable like Geralt. You’re not admiring Geralt or his abilities, you’re in the same position he is: surrounded by the magical and unnatural.

On the off chance you’re in the market for something like this, you certainly won’t be disappointed. There’s a lot to take in, you could sit there for hours and not digest everything. The fact that video games are even able to occupy this space feels as surreal as the art itself. This thing wouldn’t be out of place in a museum, it has all the depth and energy needed to stand alongside plenty of other great works. As… exclusive as the price tag is, the product’s very existence seems worthy of admiration.