Dead By Daylight Is Removing Leatherface Masks Over Racist Complaints

Dead By Daylight devs have decided to remove The Cannibal’s unlockable faces in the next mid-chapter update. It has come to their attention that some players used them to incite racist harassment against others.

Although Behaviour Interactive just made this decision, complaints about these masks are not exactly new. A social media thread of fans asking devs to remove them is nearly a full year old. Finally, the devs are agreeing to address this blackface issue. 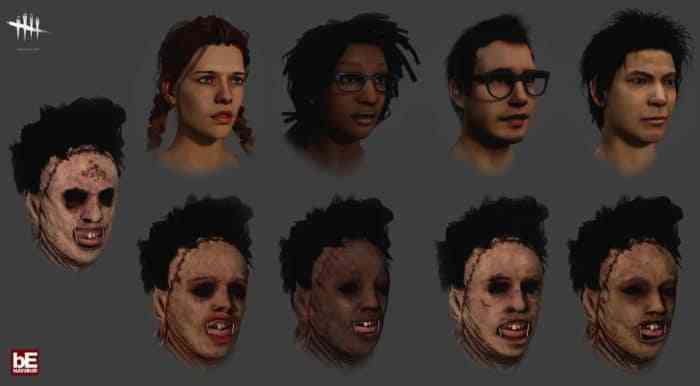 The Leatherface DLC was first added to Dead By Daylight in 2017. The Cannibal has the ability to unlock the faces of Dead by Daylight’s four original survivors. After sacrificing them 25 times, players can wear the masks as a grisly cosmetic. One of the survivors is Claudette Morel, who happens to be a Black woman. This led many members of the gaming community to complain that the game was enabling a type of blackface.

“Members of the community have shared their experiences with people targeting and harassing them while using some of these masks,” the devs wrote. “To that end, we will be removing The Cannibal’s unlockable faces in this upcoming Mid-Chapter.”

Dead By Daylight devs were disheartened to hear about such complaints. “We absolutely condemn this behavior,” they added. “We are not comfortable having these masks in the game when they are used as a tool to spread hate.”

As expected, their decision to remove the masks have both negative and positive responses from the community. Senior Character Artist Eric Bourdages, who was the creator of the masks, supports the studio’s decision.

“As the artist who made the bubba masks, I am glad they are being removed,” Bourdages stated. “As cool as it would have been to have an Easter egg for all survivors, the reality of it is there were many players using them in harmful ways.”

What do you think of Behaviour Interactive’s decision? Let us know in the comments below.