Take to the Seas

Attention Vikings, Norsfell and Gearbox publishing have announced the details and a release date for season 2 of Tribes of Midgard. The famous Viking survival game is expanding Midgard with a whole season of new content. 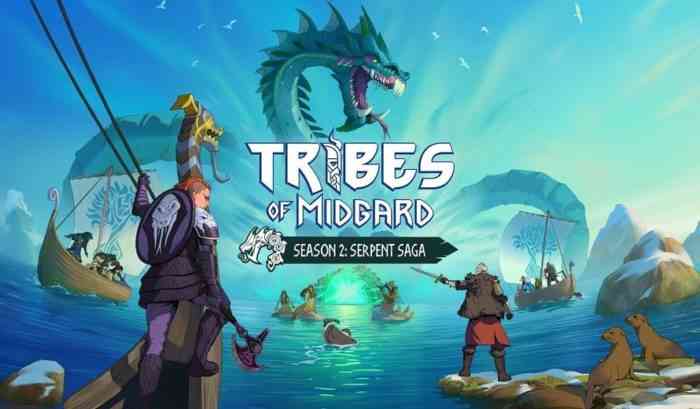 “This new season radically changes the world, allowing players to swim (literally!) through our ever-growing Norse sandbox,” said Julian Moroda, CEO and Creative Director of Norsfell, in a blog post.

In particular, Norsfell chose to expand the sandbox into the sea. Among other updates, Tribes of Midgard now features everything from swimming to a shipyard. According to Norsfell’s update notes Players can work together to repair the shipyard. Repairing the shipyard will grant players access to new types of ships, which they will need to brave the sea.

Speaking of braving the sea. The notes also include updates to seaside enemies, 5 new (as of yet secret) runes, and even hints about a new Sea Serpent boss. As mentioned above, season 2 will also introduce new swimming mechanics and more aquatic exploration.

In addition to the season 2 content update, Norsfell is presenting another event. For the most festive time around, Tribes of Midgard will be celebrating the Yulidays festive event.

“Our seasonal Yulidays will make its debut, featuring festive content including a pet, cosmetics, changes to the main menu and village,” said the update notes.

Are you and your tribe ready for the challenges that await you in the sea? Could the Sea Serpent be the legendary Jormungandr? What do you think?


FIFA 22 And More Will Head To PlayStation Plus In May