Nightingale was one of the games that we saw come out on the Game Awards last week, with all of the beauty of its world setting (and bustle wearing). We delved a little into what we knew about the game, with its survival game mechanics, crafting, and what looked like a big fun sandbox to try out in a Victorian Steampunk setting. 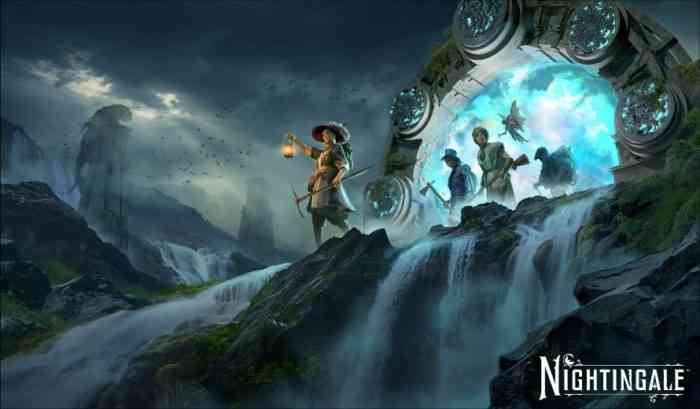 Thanks to an interview with former Bioware Manager Aaryn Flynn and Eurogamer, more was revealed about the game possibilities. Much like the games, Flynn worked on before in Bioware, Nightingale does have room for player-made choices. In part, Flynn goes into two parts of the reveal trailer, and how it reflects choices made by the player. “there’s a really nice moment in there that’s meant to show the dichotomy the world will present—where a giant is bending down to receive an offering from players. That’s one way you can solve that encounter.” and another part of the trailer, we see the same giant and players engaging the giant in combat.  “Each challenge has different outcomes, and each decision has different consequences.”

Hearing this makes the game more intriguing. Flynn also revealed that some of the NPCs are quest givers in the world setting, making this far less craft and survival focus than the trailer made it sound. Though it is still a focus; players do have to survive and try to find a way home, as the portals they used to land in the world they find themselves in have collapsed.

According to Flynn, this was intentional, as there was, as said previously, a player-centric mindset that came into building Nightingale. “[We wanted to] create a world that is highly interactive and really empowers players to do what they want.”

The release date is currently unknown, but the studio, Inflexion games, says that they will start playtesting sometime in 2022.