Nightingale Is Coming From Former KOTOR and Mass Effect Devs

Nightingale has just been announced The Game Awards. It is the brainchild of Inflexion Games, which is a brand-new studio based in Edmonton, Alberta. The studio is full of former BioWare veterans who were part of the teams that brought Knights of the Old Republic, Dragon Age, and Mass Effect.

This is their first game, and presenting at The Game Awards is the best way to make that great first impression. 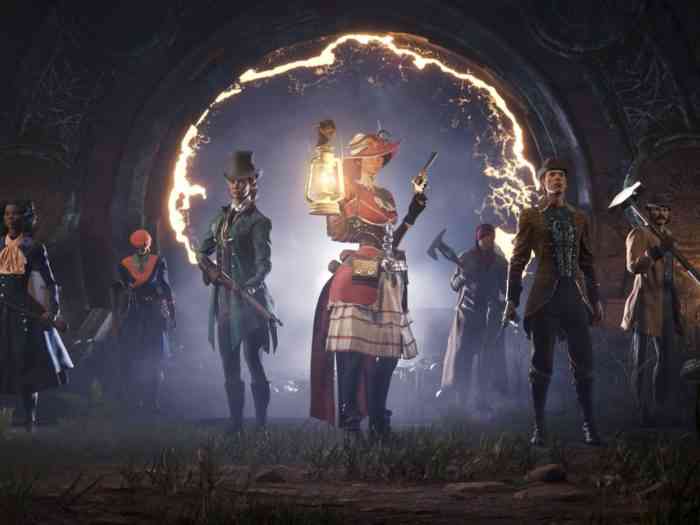 Nightingale is a shared-world survival game with a Victorian-themed gaslamp fantasy setting. The early settlers of the Victorian era colonized magical realms in a vast multiverse, while at the mercy of deadly fae creatures. Enemies within its realm range from tiny fae sprites to massive horned beasts with backs full of deadly tentacles and mouths full of razor-sharp teeth.

“Our team at Inflexion Games has been working diligently to create this enthralling universe of magic, mystery, and wonder,” said Inflexion Games CEO, and former BioWare General Manager, Aaryn Flynn. “From the beginning, we knew we wanted to build an intricate fantasy setting as rich and full of history and life as anything we have worked on in the past.”

Nightingale players enter the game as a Realmwalker, which is a human refugee searching for the last haven of humanity. Players will have to make their way through worlds that are full of wonderful and dangerous beings. They can either decide to work with other Realmwalkers, or go solo.

“The realms of Nightingale are vast and have many secrets to uncover,” Flynn added. “We cannot wait for players to start discovering them.”

Nightingale’s early access for PC will begin sometime in 2022. “We are thrilled to finally be revealing it to the world,” said Flynn.

Are you excited for Nightingale? Let us know in the comments below.