Have you ever suffered from a dizzy spell? One that changed your perception so much so that you feel yourself teetering on the brink of insanity? Hopefully not, but if you wanted to try Pendulo Studios has brought your chance to PC. Today, Alfred Hitchcock: Vertigo comes to PC. Based roughly on the movie, by Alfred Hitchcock with the same name, Vertigo brings a new narrative adventure to gaming. A press release from Pendulo provides more details. 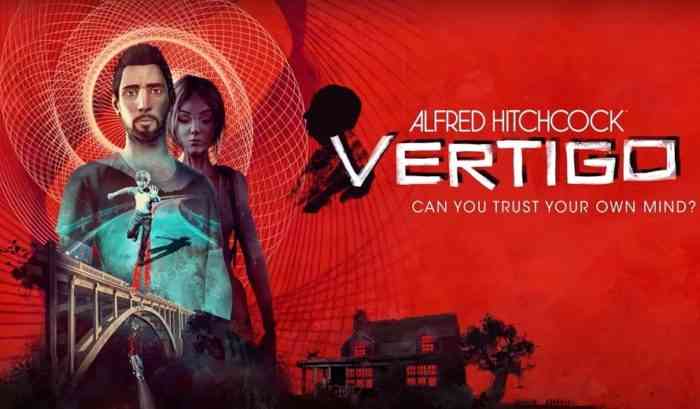 “The game is a true introspective experience that will challenge the players’ own sense of sanity.” Says the release.

Featuring a story told from three perspectives the player is challenged to find the truth. Interwoven in the perspectives is a tale about obsession, manipulation, memory, and pure madness. A tale that begins with a car accident, and develops through a dizzy spell, both metaphorical and literal.

The announcement of the PC release also came with a launch trailer.

Are you a murderer? Are you dangerous? Completely mad? These are some of the questions the trailer asks of the player. In addition to showing off some of the core gameplay, the trailer hints at the twisting, dizzying, storyline of the game. It hints at some of the characters that the player will take control of to unravel the story. Yet, whose memory can the player really trust?

The press release explains that players must “explore several timelines to cross-check the events and separate reality from deceptive memories.”

Alfred Hitchcock: Vertigo is available today on Steam. Additionally, Pendulo Studios expects a console release for sometime in 2022. Also, players are able to order the the digital deluxe edition of the game which features and art book, the original soundtrack, in game filters, wallpapers, and more.

Are you ready to spin into madness?

The Kids We Were, Seems Super Touching; Arrives on Steam Next Week