Magic: The Gathering Meets With League of Legends in Next Secret Lair

Magic: The Gathering Is Having a Crossover With Arcane on November 29th

Magic: The Gathering fans who are also League of Legends fans will be pleased to know that these two franchises are meeting up in a few days. Wizards of the Coast just revealed to the gaming public that there will be two new Magic: The Gathering Secret Lair drops in a crossover with Riot Games. This event is part of Netflix’s marketing for its hit series Arcane: League of Legends. 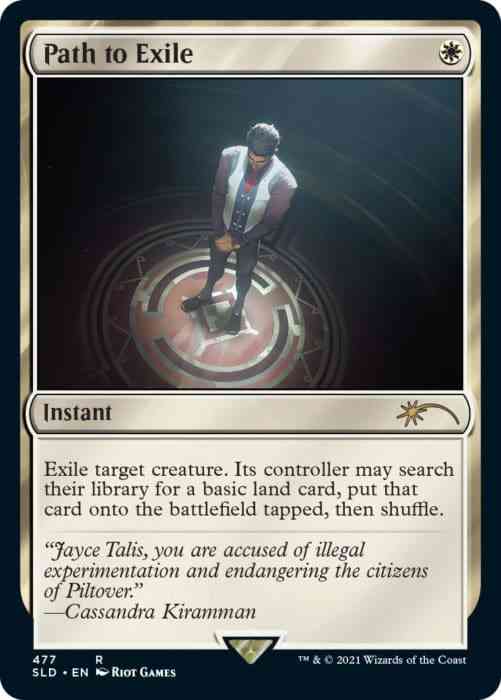 The first drop is a set of the five basic lands, with locations from the cities of Zaun and Piltover, as depicted by Riot’s art team. Brandon Miao, the Director of Product for Arcane at Riot Games said in an interview that Magic: The Gathering is “so deep and storied” that they did not have any difficulties finding cards that will match its themes and tones.

“Both our teams are fans of each other’s work,” Miao said. “This was a partnership with a lot of passion behind it.”

“The mission was always clear: find the most enjoyable fits between our cards and their creative direction,” added Wizards of the Coast Product Architect Mark Heggen. “Riot was sending us imagery and concepts they thought might work, and we were sending them card ideas.”

“When a good concept snapped into place, we would all be like, ‘Yeah, that is it!’” continued Heggen. “We knew we had it.”

When Miao was asked about whether or not the crossover could happen the other way, with Magic: The Gathering references showing up in Riot projects, he could only say, “Not this time around.” “This partnership is a celebration of Arcane and the exciting moment around it,” he said. “Never say never, though.”

What do you think of this crossover? Let us know in the comments below.