Boba Fett Will Be Joining Fortnite on Christmas Eve

Fortnite Is Getting Boba Fett on Christmas Eve, Just in Time For the Character’s TV Series

Fortnite players will be able to grab a Boba Fett skin for Christmas. Disney and Epic Games revealed at the former’s online hype show, Disney Plus Day, that Fortnite players can get into the boots of yet another Star Wars bounty hunter on December 24th—which, in turn, is just tin time for The Book of Boba Fett, a new exclusive series debuting on Disney+ at the same time. 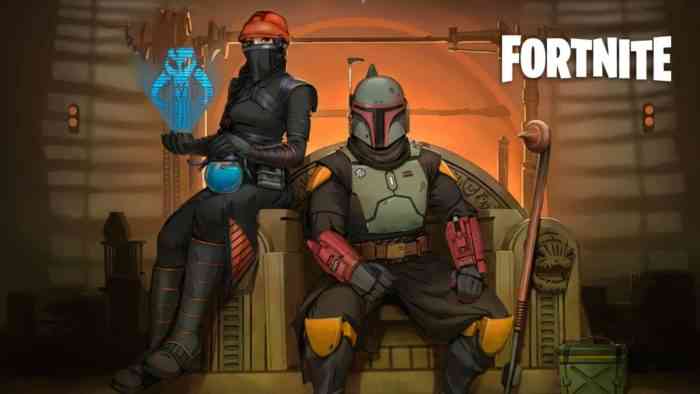 “Boba Fett will be making his arrival on the Island, December 24, 2021 at 7pm ET,” Fortnite devs announced on social media. The first bounty hunter from the Star Wars universe that joined the popular battle royale game was The Mandalorian just last summer during Fortnite Season 5.

When The Mandalorian was brought in, Mando ended up being a huge hit among Fortnite players who were looking for something different around the Island. Hunting people down and attempting to obtain that Beskar Umbrella was a lot of fun for man Fortnite veterans. With that said, it is safe to say that the devs may have prepared something similar for Boba Fett.

Nothing much have been said about the upcoming crossover—except for the official release of Boba Fett’s skin. At the moment, all Fortnite fans have to go on is a hand-drawn image of the legendary bounty hunter. The Boba Fett model for the Fortnite crossover pretty much looks likes the wild image taken from the last episode of The Mandalorian series when Disney+ first revealed their plans for the new upcoming show.

“I cannot say anything about that—sworn to silence,” Director and Filmmaker Robert Rodriguez said in an interview. “I can say I am working on it and I can tell you it is going to blow your mind.” Rodriguez even referenced Boba Fett’s arrival in The Mandalorian and said that it was “nothing” compared to what they have planned for the character’s own show. “I can talk it up all I want because I know it is going to deliver,” he added. “I know it is going to over-deliver.”

Are you waiting for Boba Fett in Fortnite? Let us know in the comments below.

Sea of Thieves Season 5 Will Let Players Bury Their Treasure