A Journey Into Surreal Darkness

Fans of Dead by Daylight are in luck–a new original DLC chapter has just been announced, and Portrait of a Murder looks absolutely terrifying. In a new announcement trailer, Behaviour Interactive introduces the contents of the new chapter: a surreal new Killer, a resourceful new Survivor, and a desolate map that will transport players to an abandoned graveyard in the middle of the desert.

Portrait of a Murder’s stars are the Artist, a brilliant but tormented Chilean painter formerly known as Carmina Mora, and Jonah Vasquez, a seasoned CIA codebreaker. Both characters have a few things in common–they both have Latin American heritage, they both spent their lives strongly dedicated to art and math respectively, and they both seem to have been followed by the shadow of the Entity throughout their lives.

The new map, the Forsaken Boneyard, is set in a graveyard deep in the Chilean desert abandoned by all living things. This is the place where Carmina Mora was taken, her wrists cut off and her tongue removed. It is also the place where she was narrowly saved by a legion of strange ravens and was reborn as the Artist–and the place that Jonah Vasquez was drawn to before he disappeared from the world of the living.

In the trailer, fans are given a good look at the character models for the Artist and Jonah Vasquez, all while the Forsaken Boneyard looms in the distance. The Artist’s hands have been replaced by black wireframe claws that could be composed of black sludge, black paint, or dark blood, with similar fluid dripping down her face and out of her black eyes.

“Portrait of a Murder is Dead by Daylight going back to its roots: an original story and universe, set in mystery, dark fantasy and fear,” explains Dave Richard, Creative Director of Dead by Daylight. “The new characters are also unique and diverse, which is part of our DNA, and representative of our playerbase.”

The video ends by showing the Artist leaping high into the air and coming down hard on a prone Jonah Vasquez. The final scenes depict her looming over the camera, drawing one hand back menacingly in true Dead by Daylight Killer fashion. 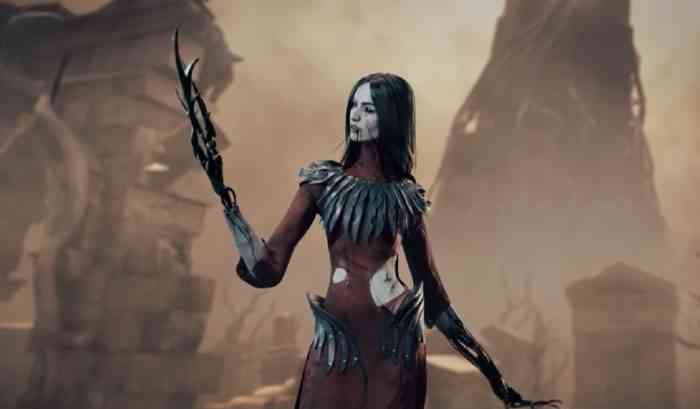 Are you looking forward to Portrait of a Murder? Let us know in the comments below.

Call of Duty: Modern Warfare 2 Has Made It Easier to Spot Targets
Next
Forza Horizon 5 Devs Plan to Add Sign Language Support for Cutscenes
Previous
Back 4 Blood Details Content in the Annual Pass and Free Updates