The Creators of Pong and RollerCoaster Tycoon, Atari, celebrated their fifty years as part of the gaming industry and as one of its founders. As part of this celebration, Atari has revealed a new logo, one that they called the “GoldSchool Sunnyvale”. This is in tribute to their original design studio all those years ago in Sunnyvale, California, as well as commemorating the grand half-century that it has been at the forefront of interactive entertainment. 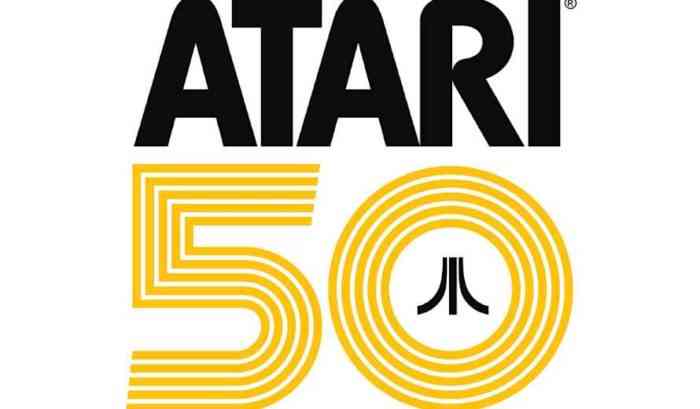 Technically, the anniversary isn’t quite here yet, being that it will be on June 27, 2022. But that hasn’t stopped them from unveiling the logo they plan on using. They will be using the golden logo on marketing communications, on games, and on first-party and licensed products- but only until the end of that year. So it’s little wonder that they’re making the most of it now, instead of later. Then again, Atari has been using this opportunity since June of 2021, with their launch of the Atari VCS, a gaming console that players can use to enjoy some of their classics. Atari is also using this as an opportunity to do some major licensing collaborations, though, with who, they haven’t said. It may be a fair guess that they may work with Microsoft and Google, as it is currently possible to use both the Xbox Ultimate Gaming Pass and the Google Stadia to play some of the classics. There may be other collaborations with big names in the gaming industry, depending on whether it may be for consoles, or for games themselves, depending on the direction that Atari wants to go. As it is, they are currently very pleased to still be part of the gaming industry and have a lot of big plans for the upcoming year.

Atari CEO, Wade Rosen, spoke of the Atari logo unveiling and on its plans for the future.“On behalf of the entire Atari team, I’m proud to unveil this commemorative logo and launch the celebration of our 50th anniversary. Atari has an exciting year ahead, filled with new and commemorative products that will delight our fans; including the launch of new premium game titles, new business initiatives, and several really exciting lifestyle product collaborations.”

If fans want to celebrate the Atari anniversary with a limited edition shirt, it’s possible to buy yourself one on their website. But it’s best to act fast, as many of them have already sold out.

Did you know that Atari came out in 1972? Have you ever played an Atari game? Let us know in the comments below, or let us know on Facebook!