Atari Are Getting Back in the Game with New Console: The Atari VCS

Everything Old is New

Legendary games industry company Atari has a storied place in video game history, however it has not been a big competitor in the market for some time, focusing instead on hotels and cryptocurrency. These days the former console manufacturing powerhouse is better known for its iconic logo than as a serious competitor in the gaming space. That may all be about to change, with the surprise announcement of the Atari VCS. 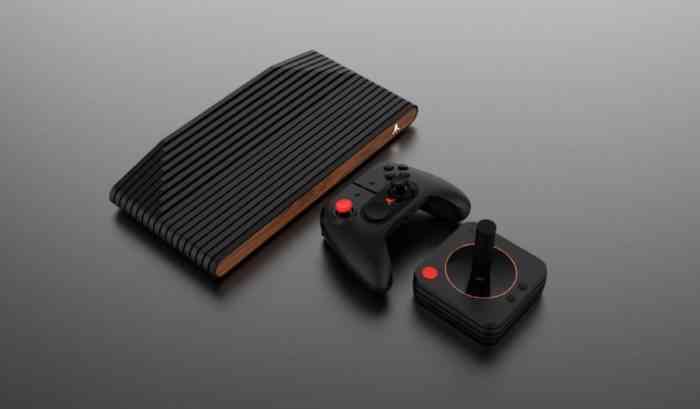 With pre-orders now live, and shipping this year, the Atari VCS marks a return to the living room for the first time since the Atari Jaguar back in 1993 (not counting the Atari Flashback). The VCS was first hinted at back in September of 2017, then codenamed the Ataribox, with rumours suggesting it was going to be a hybrid Console and Home Computer. Those rumours were confirmed today, with the Atari VCS featuring the ability to “reboot into PC mode” and the capability to run Windows, Linux, and Chrome OS.

The Atari VCS is being sold as something of a jack-of-all-trades. Running on an AMD Ryzen processor, the VCS will be a home for over 100 classics from the Atari vault, but also capable of running new games – whether this means there will be 3rd party titles available remains to be seen. The website details specs for an Atari VCS 800 and 400, with the latter having half the RAM. Everything about the presentation of the VCS, from its logo to the black and walnut colour scheme, harken back to the classic Atari systems. The VCS even comes with an updated version of the Atari joystick (featuring a new secondary fire button), for that added nostalgia kick.

The Atari VCS will retail for $389.99 and be available from Walmart and Gamestop, and enters the market at a fascinating time for consoles. As Sony and Microsoft compete to be the face of modern gaming, Atari seems to be focusing on the goodwill that older gamers have thanks to growing up with the brand. The heavy focus on the VCS being a home computer (mouse and keyboard compatible) is an interesting direction for the company to take, but this functionality combined with a more modest price point than its competitors, may make it attractive to consumers this holiday season. The thing that really sells systems, however, is games; and at this point it is hard to tell whether the VCS will have much to offer anyone who doesn’t have an in-built love of its classic games library.

What does Atari mean to you? An old favourite, or a dinosaur? Sound off in the comments.