Super Mega Baseball 3 is currently free to play on Steam until October 11th. Baseball fans will be happy to know that this chance to experience the game for themselves is not just the demo, but the full game itself. If they like the game, they can purchase it with a 50% discount until October 21st.

There are not a lot of baseball games available in the PC gaming market today, considering that the popular MLB The Show game has not made its jump to desktop just yet. Fortunately for gamers who are into baseball, Super Mega Baseball 3 is a great on-field baseball game that features a combination of arcade action and impressive depth when it comes to managing their own teams. 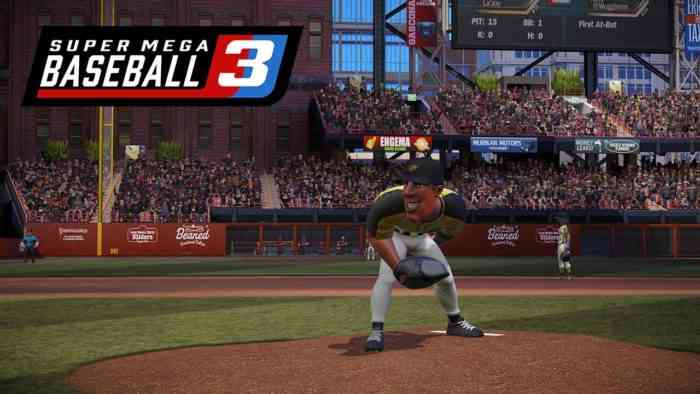 Team creation is also extremely customizable, as Super Mega Baseball 3 gives players the opportunity to design their own team right down to what jerseys and hats are going to be worn on the field. Following its launch last year, the devs behind the game has added a lot of improvements to the title, including an Online Leagues feature that will allow players to play against their friends who are using a different platform.

Electronic Arts purchased Metalhead Software—the developer of Super Mega Baseball 3—earlier this year, and the studio is now part of the EA Sports family. It remains unknown how this recent acquisition will apply to the entire Super Mega Baseball franchise. Fans of the series are expecting it to mean mostly good thins, primarily because SMB has been deemed as an amazing collection of baseball games that have only been improving with each installment that the devs release.

It has been recently reported that EA has been quite active in exploring a re-entry into the baseball gaming genre for a few years now. EA had reportedly approached San Diego Studios for a buyout, but offers were turned down. According to sources, MLB “did not want another simulation baseball game competing with The Show for sales.”